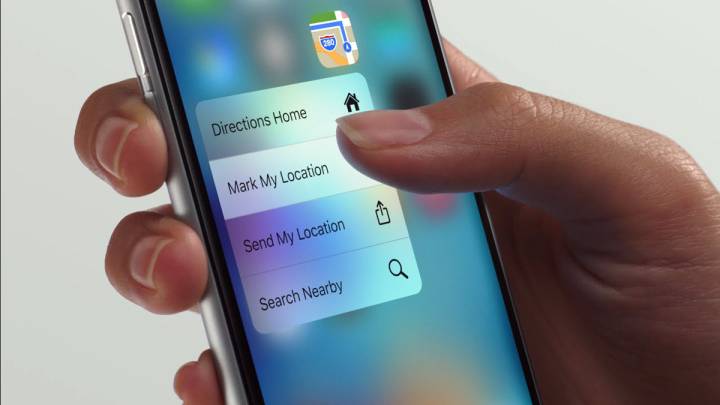 Last week, Apple showed off its latest innovations during its big iPhone 6s event, and 3D Touch was certainly one of the stars of the show. This got Android fans thinking… should Android vendors add 3D Touch to their phones?

3D Touch adds a whole new dimension of control — or confusion, depending on who you ask — to iOS. The technology uses special hardware and software to enable the iPhone 6s to register the amount of pressure applied to the display when a user taps. As a result, the phone can differentiate between a soft tap and a firm tap, with different actions performed in response to each.

Should Samsung and other leading Android phone makers add the same tech to their smartphones? A popular thread on Reddit posed that very question earlier this week.

“Honestly, I think I love how Apple has implemented this feature, and we probably have other manufacturers already onto this like Huawei (which makes it work…for weighing…oranges?),” Reddit user Sauronforever wrote. “But would you love to have this on your next Android phone?”

As for whether or not Android users are lusting after the new feature as much as Apple fans, this should paint a pretty clear picture for you: The thread on Reddit had 371 comments at the time of this writing, and the highest-voted comment is simply, “Sure, why the hell not?”

Many other Reddit users mirror that sentiment. They wouldn’t object to technology like 3D Touch on their next Android phone, but most users don’t really seem to be clamoring for it. What do you guys think? Let us know on Twitter or Facebook.