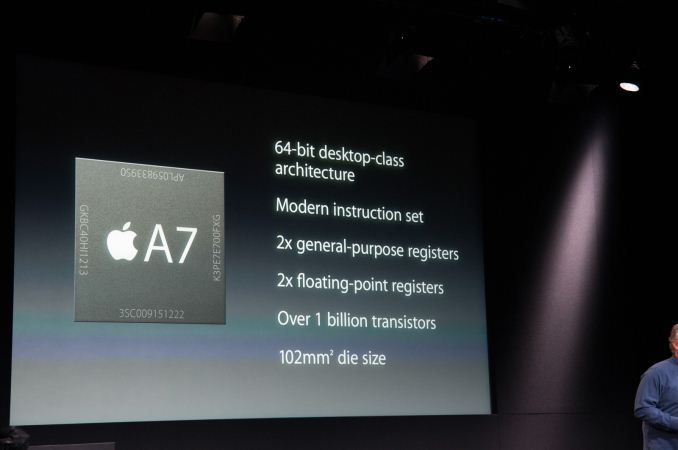 Apple’s 2014 iPhones are expected to come equipped with a new 64-bit A8 system-on-chip (SoC), with CNBeta having learned that the iPhone 6’s A8 processor will still be a dual-core model like the A7, but it’ll be clocked at a higher frequency.

According to the publication, the iPhone 6 will have a 2GHz dual-core 20nm 64-bit A8 CPU, marking the first time ever that an Apple chipset has reaching the 2GHz barrier. Well-known insider Sonny Dickson said in mid-March that the new Apple A8 processor would run at 2.6GHz, significantly higher than what CNBeta is proposing. A more powerful A8 version could equip the next-gen iPad, though.

Perceived as a marketing trick initially, Apple’s A7 processor that was unveiled during the iPhone 5s announcement proved to offer desktop-grade experience just as advertised, even though the iPhone 5s may not actually take full advantage of the true power of the A7.

Furthermore, the same A7 chip set off panic in the mobile SoC industry, which wasn’t ready for a quick move to such a quick move to 64-bit processors for smartphones and tablets.

Apple has never competed in a CPU frequency or core race with Android device makers, choosing instead to find other ways of improving iPhone and iPad performance.

Samsung will not be the only A8 processor provider for Apple, as the iPhone maker has inked a deal with TSMC as well, which will provide some of the chips that are to be used in future iPhones. An earlier report said that TSMC has already shipped the first batches to Apple, although it’s not clear whether the Taiwanese company has started mass-production of A8 chip, or whether it has simply supplied processors for existing iPhone models.