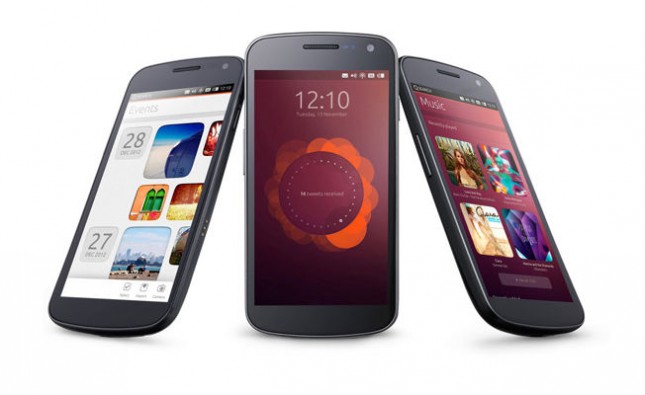 In a Town Hall Hangout on Wednesday, Canonical founder Mark Shuttleworth revealed that the Ubuntu Edge – a high-end expensive concept smartphone the company failed to fund via Indiegogo last summer – may have inspired devices coming from various players in the mobile business this year, including Apple. Without saying that Apple copied the Ubuntu Edge, Shuttleworth revealed the iPhone maker has big sapphire plans for the future, CNET reports.

“Apple just snapped up three year’s worth of the supply of sapphire screens from the company that we had engaged to make the screens for the Edge,” the exec said, adding that not only Apple may have been inspired by the mythical Ubuntu smartphone.

“Isn’t it interesting that how many of the things we said the future needed to include are showing up on other people’s roadmaps. […] Apple has also started describing their latest-generation mobile CPUs as desktop-class,” Shuttleworth said. “That’s another thing we said we need to have in the Edge was desktop-class CPU. And we’re starting to see the roadmaps for the devices from Samsung and others that have the same amount of RAM [4GB] we were proposing for the Edge.”

Shuttleworth sapphire-related claims seem to confirm a recent report that said Apple will be able to produce over 100 million sapphire displays for future iPhones. Apple is expected to launch bigger iPhone models this year, with one questionable report saying that at least one of them – which won’t have iPhone branding – will pack a 5.6-inch sapphire screen.

The Ubuntu Edge was supposed to pack a 4.5-inch sapphire display, 4GB of RAM and 128GB of storage. Apple is also rumored to launch an iPhone 6 model this year with a display bigger than 4-inches.

However, Apple is already using sapphire components in the 2013 iPhone 5s, a move that’s less likely to have been inspired by the Ubuntu concept phone. Similarly, development of Apple’s 64-bit processor is very likely to have started well before Canonical published its Indiegogo Ubuntu Edge campaign. Furthermore, Samsung has constantly increased the amount of RAM it includes in smartphones and tablets, and 4GB of RAM is likely to be the future RAM upgrade for the company. Various Samsung flagship devices already have or are rumored to pack 3GB of RAM this year, with other Android makers expected to match Samsung’s hardware advancements.

The full Ubuntu Hangouts video follows below, with Shuttleworth’s iPhone-related remarks starting at around the 30:45 mark.