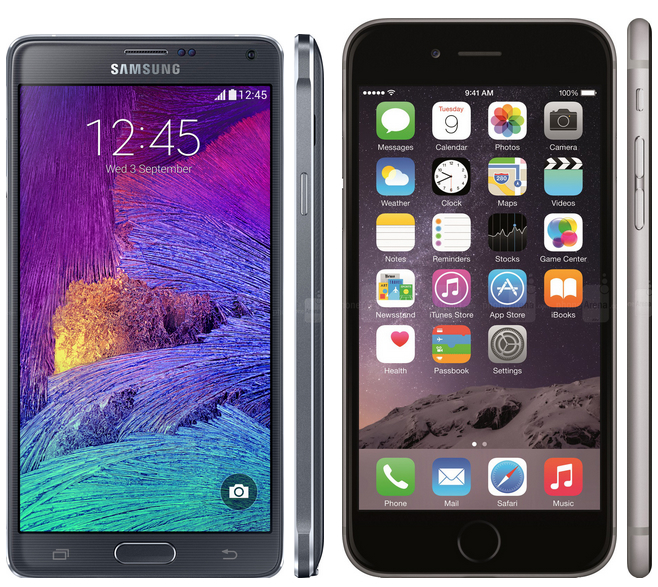 The first Galaxy Note 4 benchmarks following the phone’s limited South Korean and Chinese launch have emerged and they suggest that while the Galaxy Note 4 may be better than many of other Android devices in certain tests, it may still be lagging behind its main rivals, the iPhone 6 and iPhone 6 Plus. Phone Arena has compared scores obtained by the Galaxy Note 4 (Exynos 5433 version) in various benchmark tests with the iPhone 6, and Apple’s handset has scored better in many of them.

Meanwhile, the Galaxy Note 4 beat the iPhone 6 in Browsermark and in 3D Mark Physics tests.

It’s worth pointing out that the Galaxy Note 4 unit tested was an eight-core Exynos 5433 version with Mali T-760 GPU on board that’s currently sold in Asia. A Qualcomm version of the handset will be launched in several international markets in the following weeks, at which point more extensive benchmark testing will likely be performed, complete with performance comparisons to Apple’s iPhone 6.

Meanwhile, iPhone 6 and iPhone 6 Plus benchmarks and regular use speed tests have already indicated that the iPhone 6 models offer a better performance than anything available from the competition, Galaxy Note 4 not included.

Some screenshots showing the Galaxy Note 4’s first benchmark test follow below, with plenty more available at the source link.