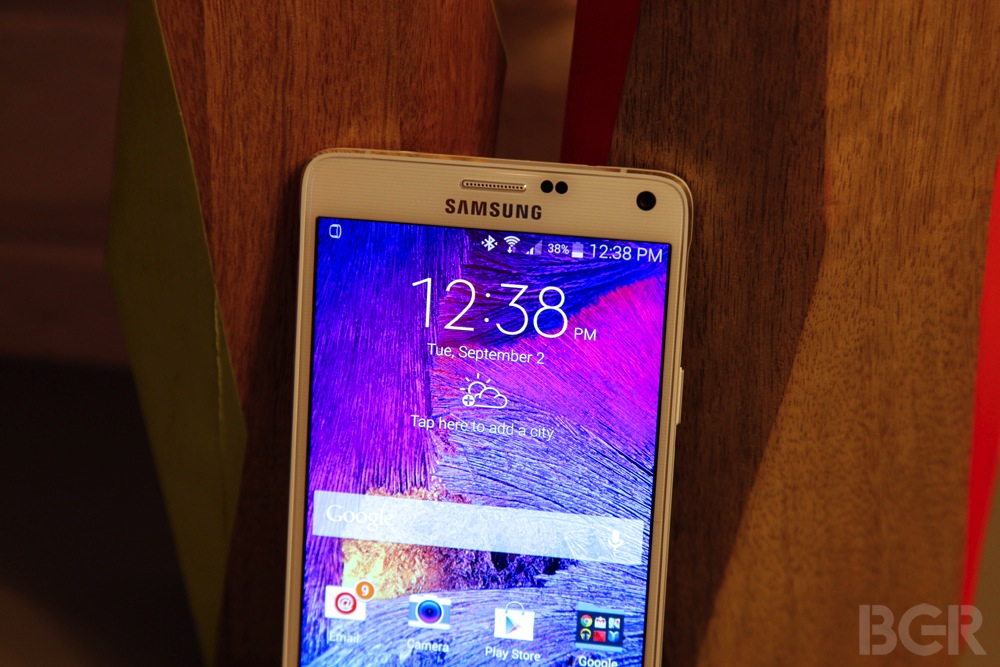 Scared of Apple’s iPhone 6 launch success, Samsung pushed up its Galaxy Note 4 release date, at least in its home market, where the company on Friday started selling its latest flagship phablet. ZDNet Korea says the Galaxy Note 4 sold out within a few hours, although the actual numbers of sold units isn’t something to brag about just yet, and it’s far from Samsung’s bold internal sales target.

FROM EARLIER: Video: Watch Samsung’s Galaxy Note 4 get unboxed for the first time

Local carriers including SK Telecom, KT and LG U+ had up to 10,000 Galaxy Note 4 units on hand each, which means Samsung sold up to 30,000 devices on launch day. It’s not clear whether the number refers to in-store sales only, or whether it also includes the Galaxy Note 4 preorders – a few days ago, the same carriers stopped taking preorders for the handset, after running out of stock.

The also publication doesn’t say whether the Galaxy Note 4 has been available from any other electronics retailers in the region, but it’s still very clear that Samsung doesn’t have enough Galaxy Note 4 stock to go around right now.

Curiously though, ZDNet Korea says Samsung has also started selling the phone in Chine, where Apple’s iPhone 6 models are yet to start officially selling. But no sales numbers for the country are offered. The company is expected to launch the handset in other markets next month.

Samsung has a reported internal sales goal of 15 million Galaxy Note 4 units for the first month of sales. The company did not confirm it but did say it’s higher than the Galaxy Note 3’s target from last year.

Apple sold more than 10 million iPhone 6 units in the first weekend, with 4 million of them having been preordered in the first preorder day.