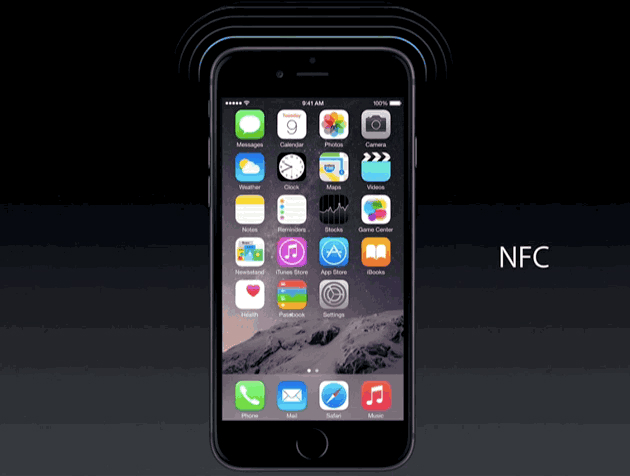 Remember how one of the most exciting new iPhone 5s features was restricted from developers for the first year? The same thing might happen to one of the iPhone 6 and iPhone 6 Plus’ coolest features: the on-board near field communication (NFC) chip, Cult of Mac has learned.

FROM EARLIER: This is the best response yet to the Apple Watch

It’s not clear how long developers will be prevented from adding NFC functionality to their apps, but Apple has confirmed that the NFC chip is only meant to secure Apple Pay contactless payments for the time being, as Apple will be the only one to have access to it. The company did not mention anything about future NFC-related plans, and it looks like Apple doesn’t want to market NFC support as a major iPhone 6 and iPhone 6 Plus.

Located on the top side of the new iPhones, the NFC antenna will be used to seamlessly connect iPhones to payment terminals and initiate swift payment transactions.

NFC technology can be used for many other purposes, as Android device users surely know, but the new iPhone models won’t offer owners any other functionality other than Apple Pay support. In other words, the NFC chip would be pretty much useless in markets where Apple Pay is yet to arrive, or to those iPhone 6 buyers that don’t want to use wireless payments in the first place.

There’s hope things might change in the future, as Apple has teased other Apple Watch functionality than Apple Pay transactions that could involve NFC use during its iPhone 6 event. During the event, the company said the wearable device could be used for other purposes, such as opening hotel room doors, although it hasn’t specified whether NFC connectivity is involved.