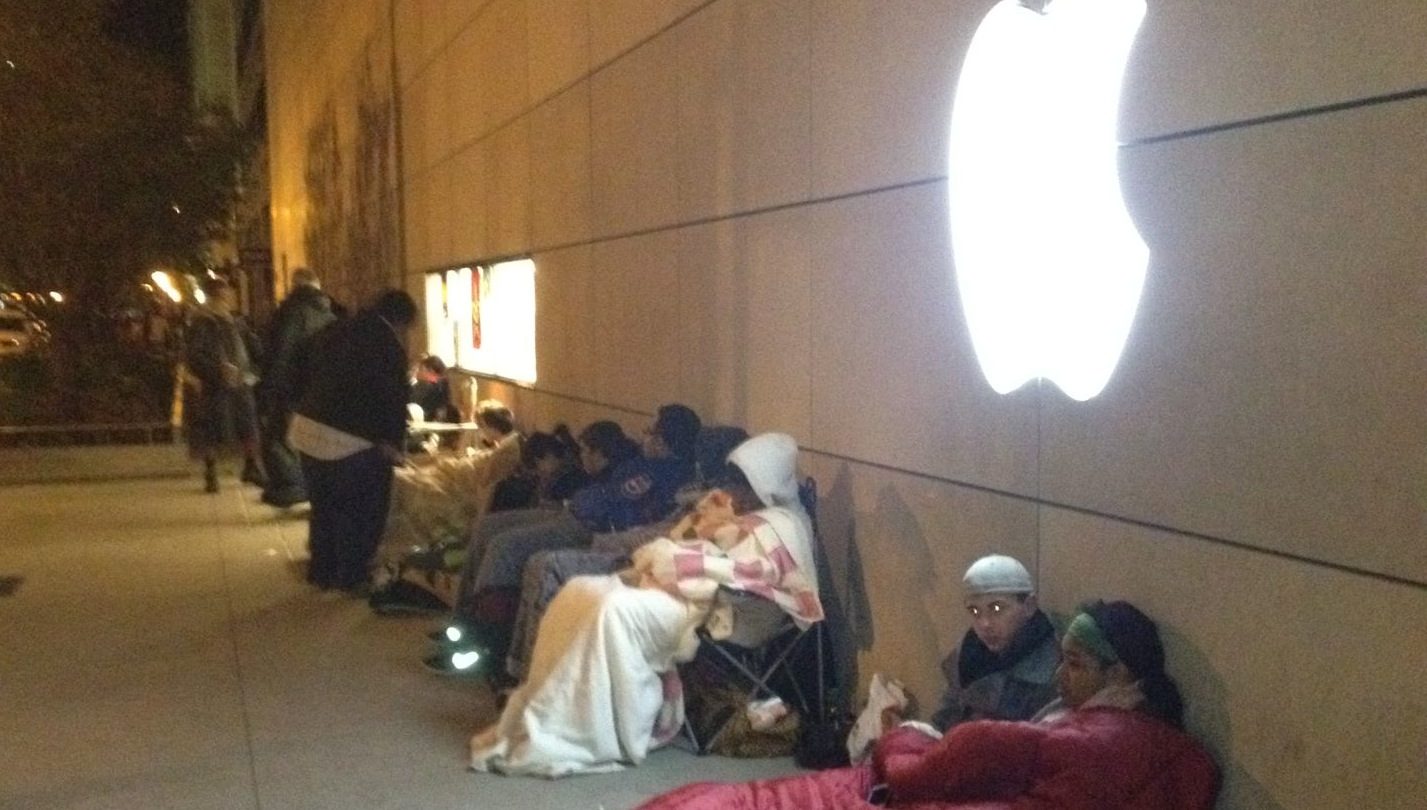 If you’re already used to sleeping on the street, you might as well sleep outside the Apple Store for a few days leading up to the launch of the iPhone 6 — after all, somebody might pay you a hefty sum for your spot in line. 9to5Mac directs our attention to a charity based in the United Kingdom that has grabbed a spot near the front of an iPhone 6 line and that is now auctioning it off on eBay to raise funds to help combat youth homelessness.

The brilliant charity behind the auction, Depaul UK, says that the auction will be for “one spot near the front of the queue outside the Apple Store on Regent Street, London.” The person who wins the auction will then be able to go to take their spot in the line as long as they’re wearing a Depaul UK t-shirt before heading into the store. As of this writing, the auction so far has received 58 bids, with the highest bid totaling £410.00.

Personally speaking, we don’t get why anyone would want to camp out all night outside of an Apple Store for the iPhone 6 when there are plenty of other places you can buy the device on launch day that won’t be nearly as crowded. But hey, if you’re really determined to do it, you might as well make sure you do it for a good cause, which is why we think this auction is a stroke of genius.

Check out Depaul UK’s eBay page by clicking the source link below.