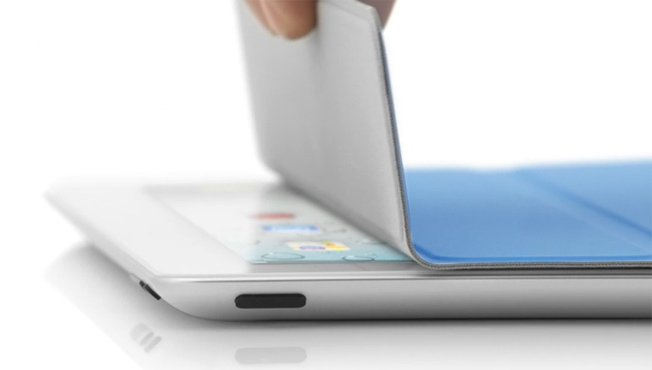 Since 2011, Apple has been selling Smart Covers for its line of iPads. While they cleverly lock and unlock the iPad, they have not evolved much from their original incarnation. This could be fine, except that the competition is constantly showing how much more can be done with tablet accessories.

There is now a wide variety of third-party iPad keyboard covers that generally receive good reviews, and in 2012 Microsoft released its Type Cover for the Microsoft Surface. While the Surface has been a bit of a dud, many reviewers acknowledged that the Type Cover was much easier to type on than a touchscreen keyboard.

Well, now it looks like Apple has taken notice of these developments, and if the technology described in a recently awarded patent ever comes to fruition, Apple may have much larger plans for its smart accessories. The patent, discovered by AppleInsider, describes a number of new uses for the smart magnets that detect the presence of a smart cover. For example, two iPads could be attached to each other to form a simple dual-display setup. Or an iPad could be attached to a drawing pad using Bluetooth.

Who knows whether we’ll see any of this come to fruition, as large companies patent anything they can think up. Still, it is nice to see Apple thinking about how to expand the capabilities of its current Smart Cover.