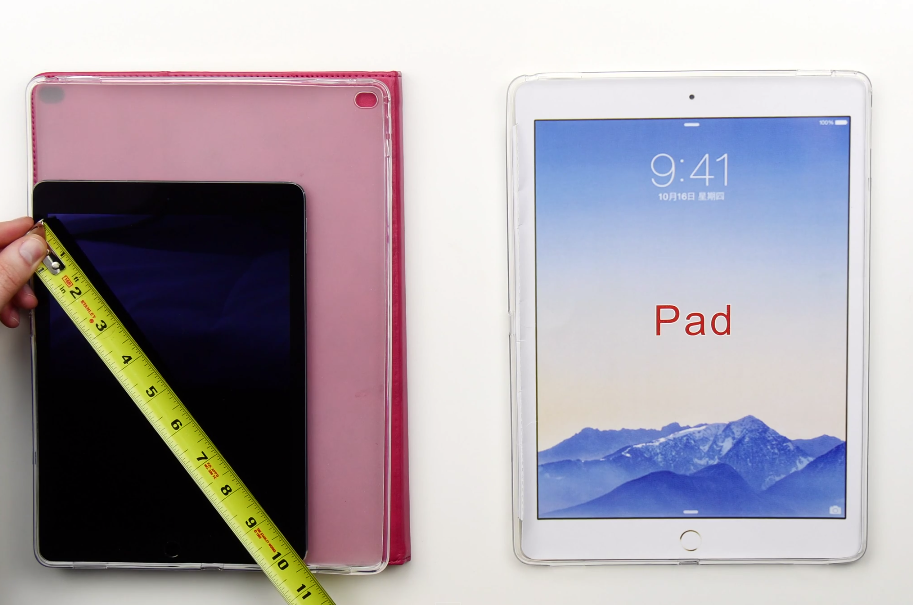 We’re almost certain that Apple plans to release its new iPad Pro sometime this fall and now we’re starting to see cases for the new device leak out to multiple sources. The latest source is Lewis Hilsenteger of Unbox Therapy, who recently received two third-party iPad Pro cases that just happen to match up perfectly with the dimensions we’ve seen in earlier leaks. Hilsenteger decided to make a video showing off these two cases and then compare them in size to the current iPad Air 2. Needless to say, these new iPads are going to be enormous.

One potential concern Hilsenteger raises in his video is, unsurprisingly, whether the tablets will be prone to bending. The issue is that the bigger iPad looks to be only slightly thicker than the recently released iPad Air 2, which means its structure could be much more fragile thanks to its bigger overall frame. He then speculates that Apple will use a different material such as the more durable Series 7000 aluminum that it’s been using for the Apple Watch.

Earlier leaks have indicated that the giant new iPad Pro will have a display that’s 12.9 inches diagonally and will have overall dimensions of 305.7 millimeters by 222.6 millimeters and a thickness of just 7.2 millimeters. We don’t know for sure when the new device will launch but it’s a good bet that it will be unveiled this fall.

Check out Unbox Therapy’s whole video for yourself below.