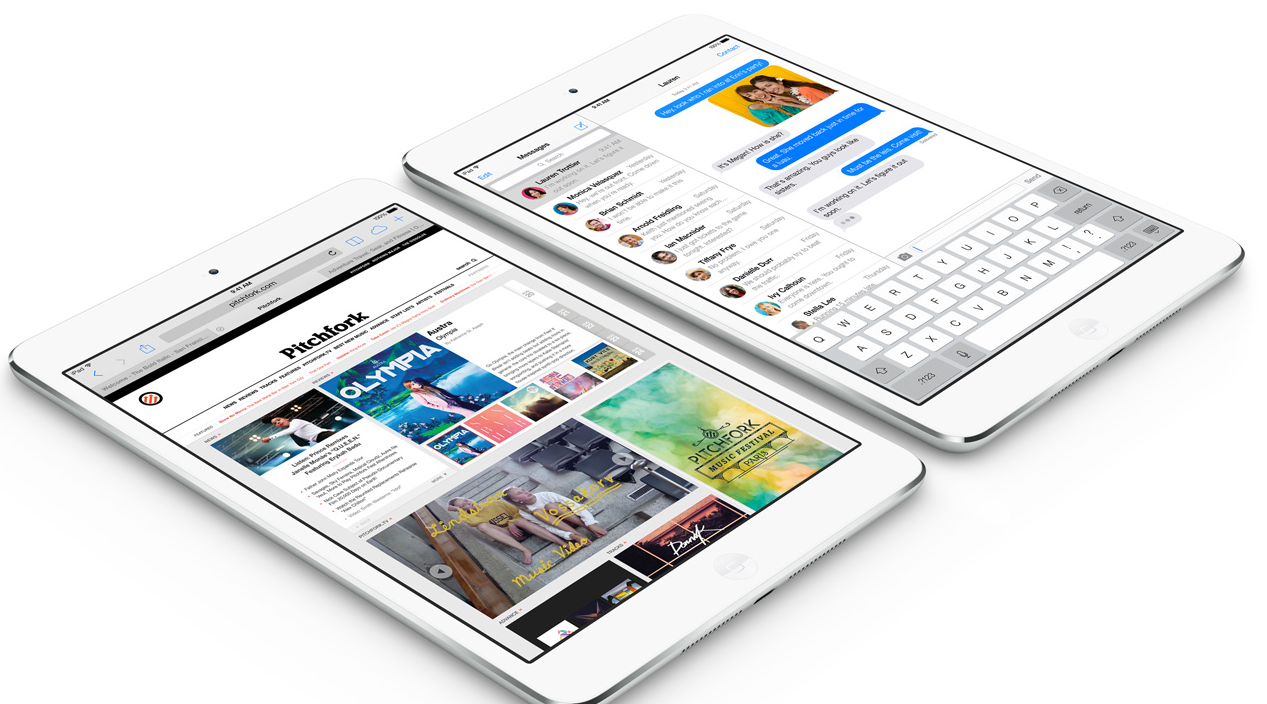 Apple’s fall press conference is well underway as expected, the company’s second-generation iPad mini tablet has just been unveiled. We have seen photos and other details surrounding the new iPad mini leak for months now and it looks like the various reports had Apple’s next-generation mini tablet pegged. The look of the device remains unchanged in terms of the design, but one key component change is definitely the star of the show here: the display.

Some reports had suggested manufacturing issues would prevent the iPad mini from getting a Retina display this year, however it looks like Apple and its partners will fight through any yield issues. Apple’s new iPad mini indeed features a 7.9-inch display that bumps the resolution from 1,024 x 768 pixels on last year’s model to 2,048 x 1,536 pixels, which is obviously a huge improvement. But there’s more to Apple’s new iPad mini than just the display, of course.

The new version of the iPad mini also features Apple’s 64-bit A7 processor, features expanded LTE support, a 5 megapixel camera and delivers up to 10 hours of battery life. The Retina-equipped iPad mini will sell starting at $399 as the original iPad mini will see its price cut down to $299. Apple says the second-generation iPad mini will be available in November.