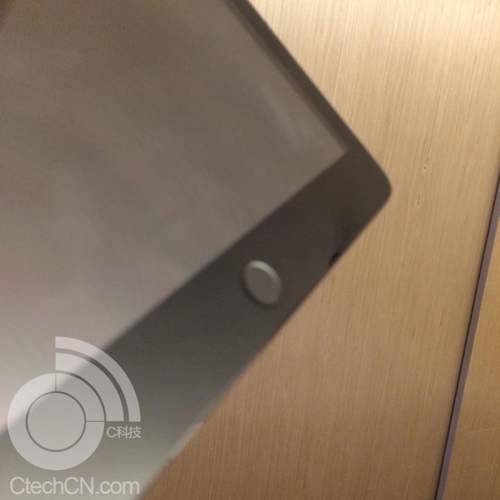 We know almost everything there is to know about Apple’s next-generation “iPad 5” tablet thanks to months of leaks and various solid reports, but the jury is still out on whether or not Apple’s new slate will feature an embedded Touch ID fingerprint scanner. Apple’s iPhone 5s, which helped Apple smash prior sales records when it debuted late last month, was the first iOS device to feature a scanner integrated into the home button. It also won’t be the last, of course, but it remains unclear when other Apple devices will follow suit. While some believe the addition of Touch ID to the iPad family won’t happen until next year, a new leak suggests it will happen next week.

According to a photo published on Tuesday by Eastern insider C Technology, Apple’s fifth-generation iPad will be equipped with a Touch ID scanner in the home button. This is not the first time the anonymous insider has made this claim, and his track record is fairly solid when it comes to leaking details and photos of components from unreleased devices. Apple’s second-generation iPad mini was also recently pictured in gold with a Touch ID fingerprint scanner.

Apple will unveil its next-generation iPad lineup during a press conference next week on October 22nd, and both tablets are expected to launch the following week.