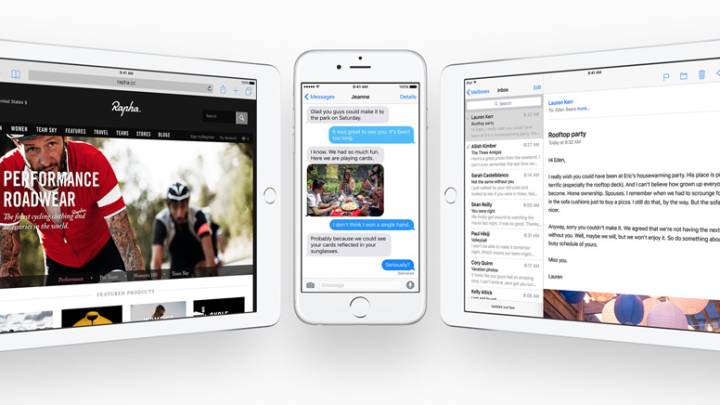 Just as Apple told us last week during the iPhone 6s keynote, iOS 9 is available for download beginning immediately. The new mobile operating system was first unveiled during WWDC in June, with developers and public beta testers having had access to it since then.

iOS 9 comes preloaded on the new iPhone 6s, iPhone 6s Plus, iPad Pro and iPad mini 4 – along with all other iOS devices still available in Apple’s inventory moving forward – and is compatible with a broad range of iPhones and iPads.

iOS 9 can run on iPhones as old as the iPhone 4S, on iPad 2 or later, and on iPod touch fifth-gen or later. With iOS 9, Apple is focused on performance improvements that should make the OS run even better on older hardware, not to mention the fact that it takes up significantly less storage space than its predecessor.

While you can download the update right away on your device or via iTunes, make sure you read our tips on installing iOS 9 as smoothly as possible.

Regardless of whether you’ve already familiarized yourself with iOS 9 or not, make sure you check out our extended iOS 9 coverage throughout the day by following our iOS 9 hub.

Apple was also expected to release watchOS 2 on Wednesday, but the company announced that the update has been delayed, as there’s a bug that needs to be fixed. Apple Watch users who were getting ready for some exciting new features starting today, will have to keep waiting, but the update is supposed to arrive “shortly.”