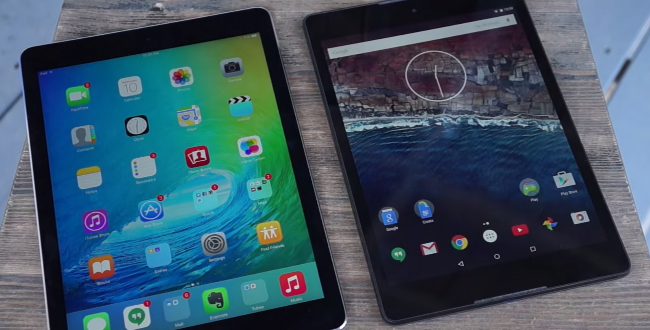 DON’T MISS: iOS 9 vs. Android M – The future of mobile in side-by-side pictures

Mobile-oriented tech blog Pocket Now has a video showing the most important features on iOS 9 beta 1 and the Android M Developer Preview running on the iPad Air 2 and the Nexus 9, respectively.

The online publication tackles some of the changes Apple and Google made to their respective mobile user interfaces, looking at differences and similarities and also at some of the new features available in iOS 9 and Android M.

When it comes to iOS 9 on the iPad, users will immediately appreciate the new task switcher, as well as the built-in split-view mode that’ll let them run two apps on the screen at the same time. Furthermore, Siri has gotten smarter, and Proactive will be available on the iPad as well.

On the other side of the fence there’s Android M, which brings a variety of new changes, including an even more powerful assistant – Google Now’s new exciting abilities include an almost-omniscient Now on Tap – and better privacy controls when it comes to app permissions.

Obviously, there are many small but important features coming in both iOS 9 and Android M than what’s shown in the following video. But no matter what your preference is, it’s clear that both Apple and Google aren’t done enhancing your mobile experience.