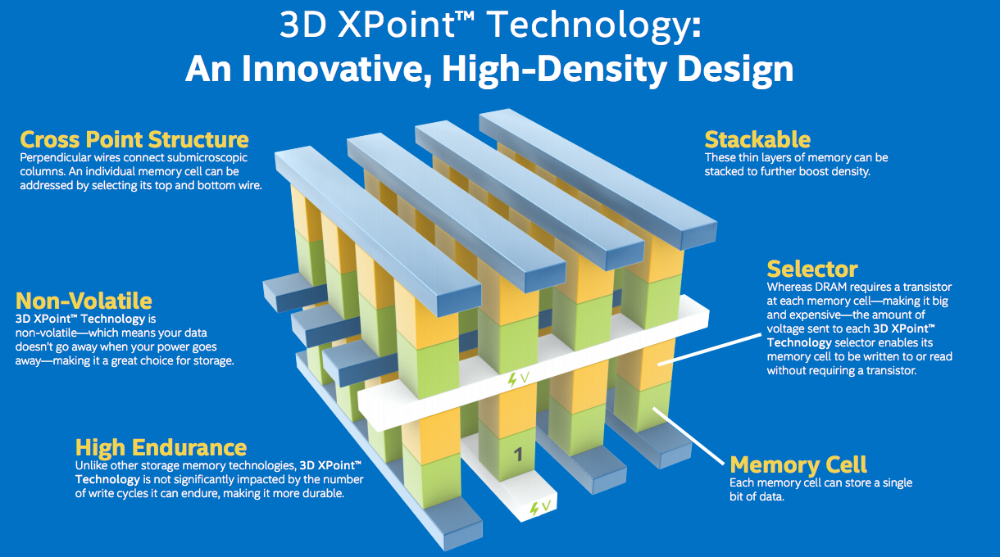 How many times have you complained about the low amount of RAM or internal on your computer or smartphone? It turns out Intel and Micron have been listening for quite a while and the two companies have announced a brand-new type of memory that’s both faster and cheaper than NAND storage and DRAM memory.

But the best thing about the companies’ new 3D XPoint technology is that it can apparently replace both NAND and DRAM in a device while simultaneously improving overall speed.

3D XPoint memory offers up to 10 times greater density than DRAM, which means manufacturers could include more RAM memory on a device without worrying about taking up too much space that could otherwise be used for battery purposes.

Finally, 3D XPoint memory would be even more durable than current NAND memory used in SSDs and smartphones by offering 10,000,000 write cycles — NAND has a durability of up to 10,000 write cycles.

According to a metaphorical infographic provided by Intel, in the time it takes a hard drive to sprint the length of a basketball court, NAND memory would run a marathon, and 3D XPoint would circle the globe.

It’s not clear at this time what the first 3D XPoint devices will be, but the two companies said they’ll launch next year.

More details about Intel and Micron’s impressive new memory plans are available at the source links below.