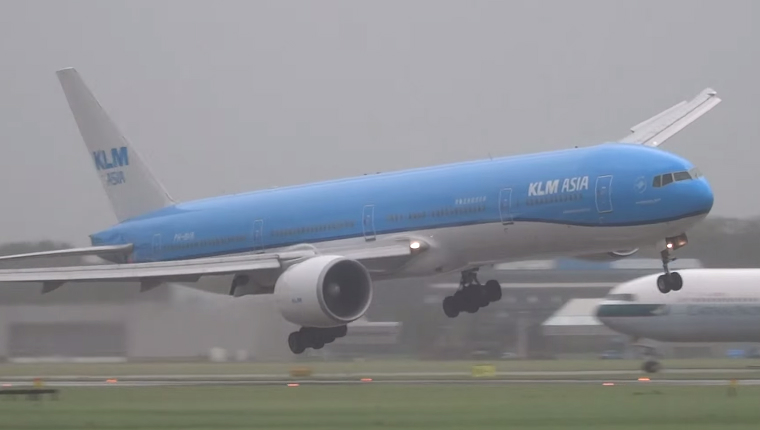 If you thought turbulence can be a scary during flights, then you probably haven’t experienced a windstorm landing. The pilots of a commercial Boeing 777 airplane skillfully landed the aircraft a few days ago in the Netherlands in the middle of these terrifying conditions, facing winds of up to 75 miles per hour in what has been deemed the area’s worst storm in 100 years.

The video below shows a KLM 777-300ER making its final approach and landing at Amsterdam’s Schiphol Airport after some absolutely horrifying pitching and rolling.

You almost get the impression the plane might not be able to land safely, and that it’ll crash right on the runway, but thankfully that wasn’t not the case. Cool heads and experience helped these pilots make an impressive landing in some of the harshest conditions imaginable.

Whether you’re afraid of flying or not, you have to watch this clip. After all, these pilots deserve praise for their remarkable landing.