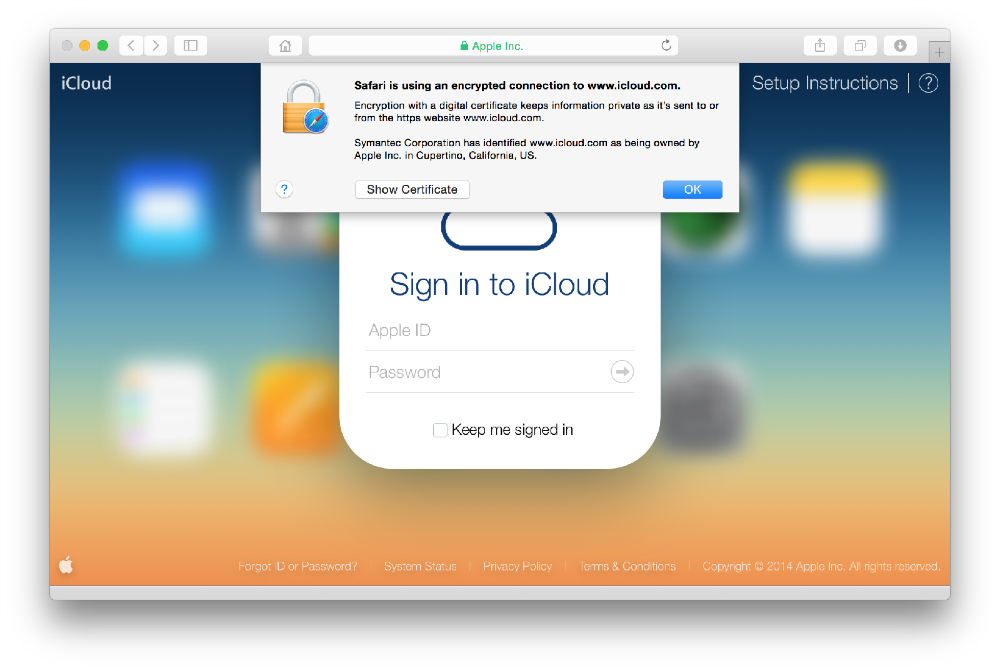 FROM EARLIER: Apple falls victim to an iCloud attack from the Chinese government, servers not affected

According to Greatfire’s initial report, a Chinese firewall had blocked all connections to iCloud.com, directing the traffic instead to a dummy site that mimicked Apple’s login page for the service. The same group later told Reuters that Apple rerouted traffic on Tuesday in an effort to circumvent the hack.

On the same page, instructions on how to spot fake Apple pages trying to obtain login credentials from unsuspecting users have also been posted — the full document, complete with images, is available at the source link.

Meanwhile, the Chinese government has strongly refuted the claim that it’s involved in this particular data collection scheme.

Cook and Ma Kai spoke about the “protection of users’ information,” but also about “strengthening cooperation and in information and communication fields,” according to the report.