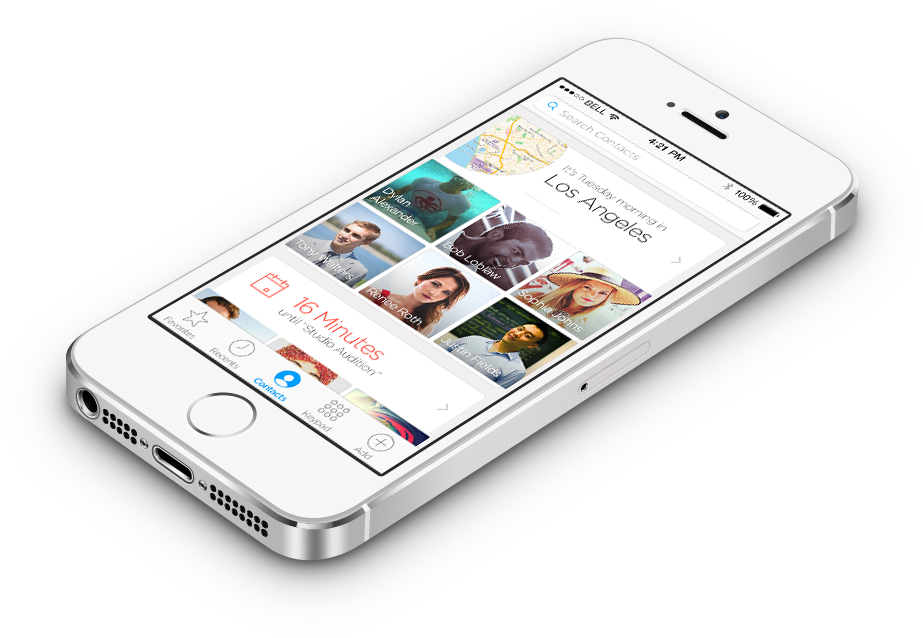 Humin is a new iPhone application that can aggregate certain data from all sorts of sources to make your life easier, The Wall Street Journal reports. Specifically, Humin is able to pull contacts from various interactions, keep them in order on all devices and offer context-aware features. Humin founder Ankur Jain described the service as a “social OS,” with the app’s main purpose being making contacts management a much easier day-to-day chore.

Humin hunts for contacts in email, social networks and calendars, building a master contact lists of “everyone who is willing to feed it their information.” The app also replaces the iPhone’s Phone app on a smartphone, offering users better assistance in managing their contacts depending on situation, and providing a more complex look at their contacts than the default application.

The app is similar in some ways to Google’s Google Now, gathering information and then using it depending on context, although Humin’s only purpose is to make contacts handling easier for the user. The digital butler of contacts, Humin is just one of the other Google Now apps that are able to scour for data in a user’s digital life – after permission has been granted – and then to offer automated suggestions.

When it comes to privacy, Humin has a strong policy in place to guard user privacy, which is called “Humin Rights,” which is available on its website. Apparently, data from the user “never touches” Humin’s servers, and all the data processing is done on the phone, with only the contacts being backed up in the cloud.

Humin is not quite at “Her” levels, as it only works with contacts, but it certainly goes to show that more and more developers are thinking about how contextual apps that can mine personal data can put it to good use for the user.

A video showing how Humin works follows below. However, the app is not available for download from the App Store yet.