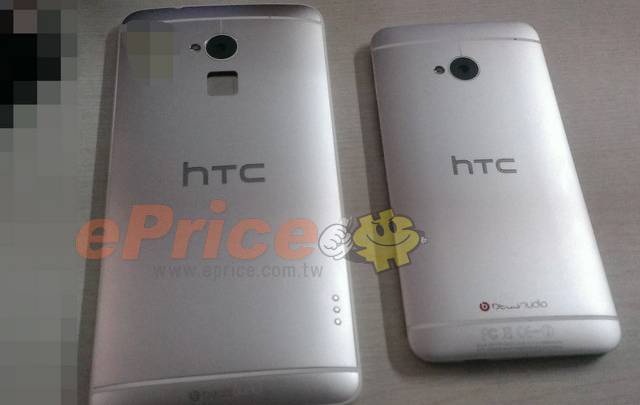 Apple’s next-generation iPhone 5S will reportedly feature an embedded fingerprint scanner that will be one of the phone’s key differentiating features, but it might not be the only top-tier handset on the market with fingerprint scanning technology for very long. A report from last week suggested that the upcoming HTC One Max phablet will include an in-built fingerprint scanner on the back of the device, and new leaked photos seem to confirm the news. The images, published on Wednesday by an ePrice forum member, show not only the cutout on the back of the HTC device for the physical scanner, but also a setting in the phone’s software that includes a fingerprint icon. Other rumored HTC One Max specs include a 5.9-inch full HD display, a quad-core 2.3GHz Snapdragon 800 processor, 2GB of RAM, an UltraPixel camera, a 3,300 mAh battery and Android 5.0 Key Lime Pie. The leaked photos follow below.