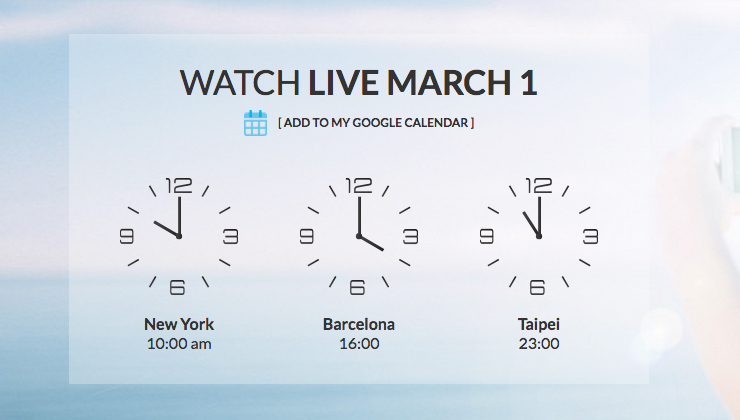 The most important duel at this year’s MWC edition will be between HTC and Samsung, as both companies will unveil their two big 2015 flagship phones a day before the event kicks off. On Sunday, HTC and Samsung will unveil the HTC One M9 and the Galaxy S6, respectively, devices that are already embroiled in a fierce leaks battle.

Android fans who want to watch these announcements from home should know that both companies have already revealed live stream details.

HTC has set up a special live streaming page on its website (image above), where users will be able to tune in come Sunday. The HTC One M9 event is scheduled for 10:00 a.m. (New York time) or 4:00 p.m. (Barcelona time).

Samsung, on the other hand, has set up its YouTube live stream page, which currently features a countdown timer for the event (as seen in the video embed at the end of this post). The Galaxy S6 even is set to start at 12:30 p.m. (New York time) or 6:30 p.m. (Barcelona time).

BGR will be live at MWC, covering both events as they happen.