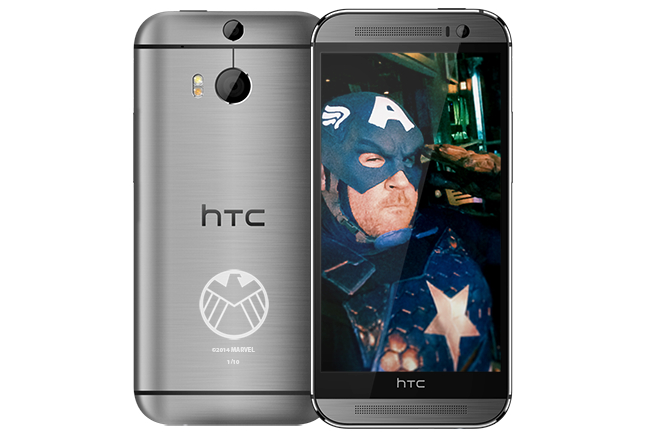 After employing the chief of Gotham’s finest and Iron Man himself to promote the new HTC One (M8) – though they were not in character in those commercials – HTC is ready to use an actual hero to promote the handset — at least by association. The Taiwanese handset maker will offer a few lucky winners a limited edition S.H.I.E.L.D. HTC One (M8) phone that has a S.H.I.E.L.D. logo on the back and identifying number.

In order to win the device, interested users will have to show HTC their “super self,” whether that’s a hero or a villain.

What that actually means, is that users will have to share a Captain America-inspired selfie tagged with the #superselfie hashtag on Twitter or Facebook. Unfortunately, the special edition smartphone won’t be available for purchase from HTC or Marvel, or at least not for the time being.

In addition to the special edition S.H.I.E.L.D. HTC One (M8) handset, HTC is also making special wallpapers available to fans of the franchise, which can be downloaded immediately from HTC’s Captain America page.

BGR has already reviewed the HTC One (M8), and looked at the best thing and the worst thing about the handset.

An image showing the available Captain America wallpapers follows below.