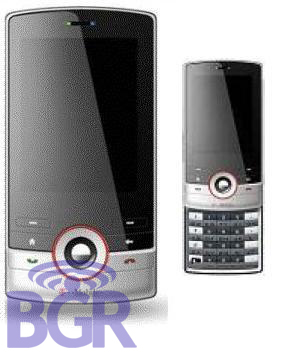 We just got word that the rumored HTC Juno we leaked, might actually be offically named the T-Mobile Shadow. We think we got the full specifications nailed down as follows…The T-Mobile Shadow will run a 201MHz CPU, but the memory will clock in at 128MB of RAM and a 256MB ROM. The memory increase alone supposedly makes the Shadow incredibly speedy. In the camera department, we’ve got a 2 megapixel cam, and the device sports a beautiful QVGA screen, Bluetooth 2.0 and Wi-Fi. No word on if this will be a T-Mobile Hotspot@Home product, yet. The keyboard always looked like “SureType” to us, but supposedly HTC and T-Mobile are very careful about referring to it as such. Regardless, it does look to utilize the same concept with more than one letter per key on a 20-key slide out keyboard. Lastly, the T-Mobile Shadow will come in two colors, brown, and sage green. We were told to expect an announcement towards mid-October, followed by a late October release. Bring it on T-Mobile! We’re glad you guys are actually getting back into the phone business!

P.S. Our informant explained to us that “Kii” was found on the back of the battery cover. HTC Kii is the HTC Juno, which is the T-Mobile Shadow? The Juno might not be the HTC Phoebus after all…