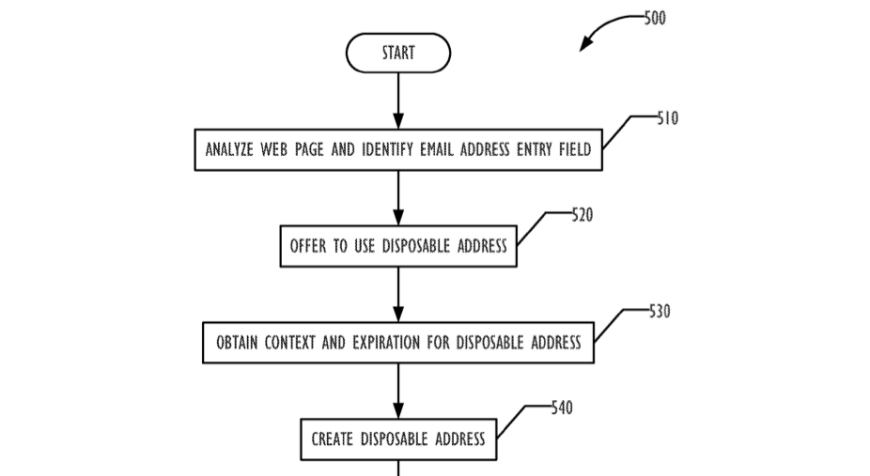 “Email has become ubiquitous, and email addresses are requested often as postal addresses. When consumers use shopping websites to order goods or services, those websites typically request the consumer’s email address to allow communication with the user about the order. Even paper forms filled out with pen and ink often request email addresses,” Apple’s patent application says. “With the increased usage and importance of email also came, unfortunately, misuse of email addresses to send undesirable commercial email in bulk, the ‘junk mail’ of the electronic world, often referred to as ‘spam.’ Some reports have claimed that spam email accounts for 90% of all email, with trillions of spam emails being sent. Numerous approaches to stopping spam email from reaching the inbox of consumers have been tried, with varying degrees of success. But spam continues to be a problem for many people.”

Apple’s method of tackling spam email isn’t necessarily new, but in this case the system would be handling the whole process. Instead of users having to get disposable accounts from other sources than their primary providers, Apple’s automated system would create the disposable email accounts whenever users need them.

The patent also describes ways of implementing the system including browser plugins, email clients and servers, and user interfaces for apps and web clients. It is not clear though how or whether Apple will implement this spam email fighting techniques in any of its future products.