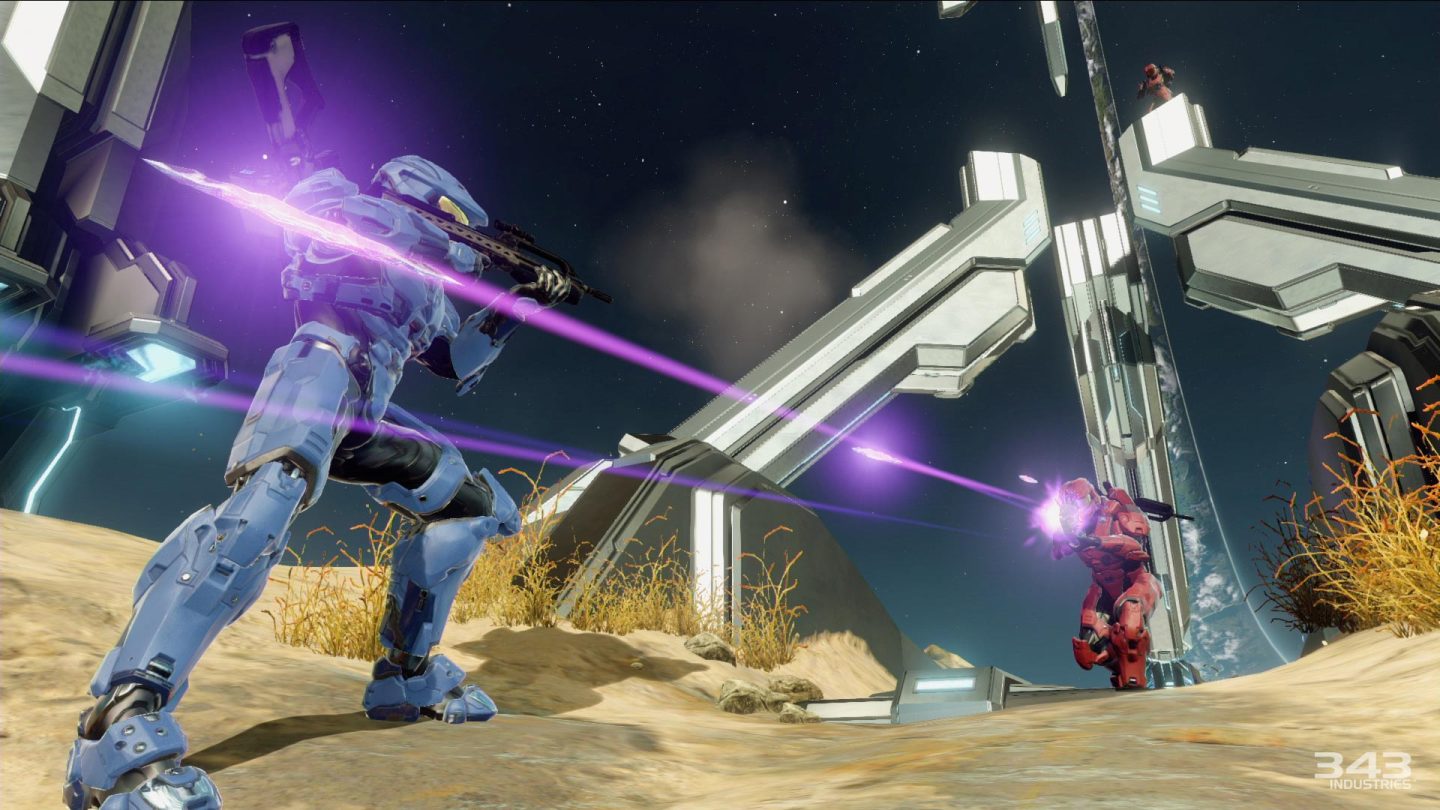 Although Halo: The Master Chief Collection comprises four games we’ve already played, 343 Industries still hasn’t shown off much in the way of gameplay footage since announcing the project at E3 this year. That changed this week when the team took the stage at Comic-Con to reveal not only the gorgeous new cinematics that would be appearing in Halo 2, but also the graphical differences between Halo 2 remastered on the Xbox One and the original game, which you can swap between with a single button press.

During the Comic-Con presentation, The Spawn Point Blog managed to secretly capture both the footage you see above as well as a rundown of the collection’s immense multiplayer offering, featuring over 100 maps from all four Halo games (including Halo: Combat Evolved on the PC). Once you select a game mode, your party will be able to vote on which version of multiplayer you would like to play.

We also get a quick glimpse at some of the custom campaign playlists that will appear in the Master Chief Collection. For example, if you only want to play through the levels with vehicles in them in Halo: Combat Evolved Anniversary, you can do that. There are also cross-game playlists, which will have you jumping from one entry of the series to the next. And of course, there’s the marathon mode: start from Halo 1 and play straight through to the end of Halo 4.

Halo: The Master Chief Collection will be available for Xbox One on November 11th, 2014.