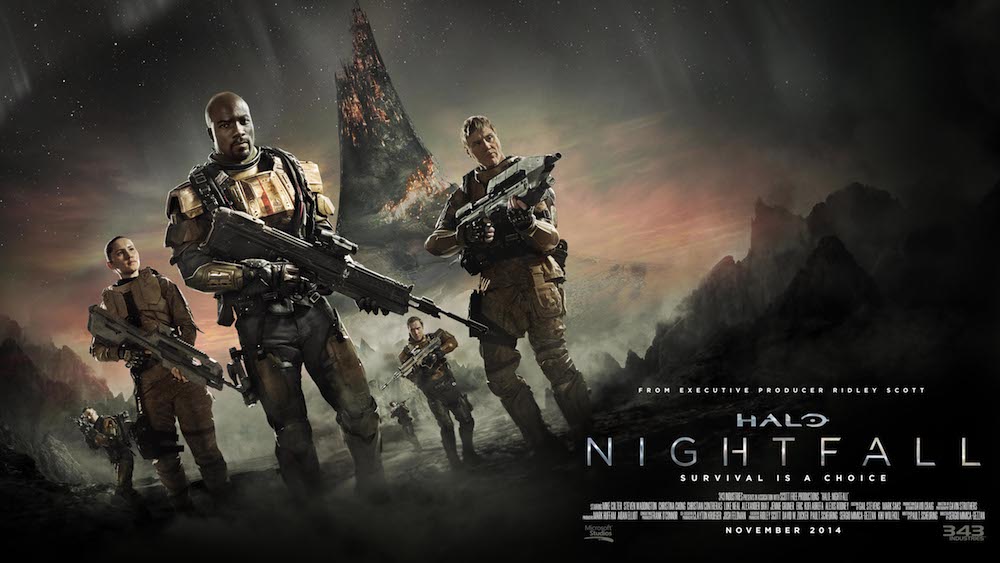 We all wish that Halo 5: Guardians could be done in time for the holiday season this year, but 343 Industries and Microsoft are doing everything they can to tide us over in the meantime. At San Diego Comic-Con on Wednesday, Microsoft took the stage to show off the first footage of Halo: Nightfall, an original television series based on the game franchise which will begin airing this fall.

“In science fiction, we’re always searching for new frontiers. We’re drawn to the unknown,” said Ridley Scott, executive producer on the show. “With Halo: Nightfall, we’re pioneering a new medium in terms of interactive storytelling on Xbox.  It’s going to be fun for long-time fans to see how the worlds come together with an ambition to attract new fans along the way with what we’ve created.”

Halo: Nightfall will take place between the events of Halo 4 and Halo 5: Guardians, following the story of Jameson Locke, a manhunter whose team gets caught up in a terrorist attack on a foreign planet. Locke will also play a major role in Halo 5 as well, so let the speculation begin as to how his character will make the jump from live-action television to the world of the Halo games.

Access to the full series of Halo: Nightfall will be included with Halo: The Master Chief Collection, which launches on November 11th, 2014. Watch the first footage below.