Video: GTA 5 looks way better on PC than it does on PS4 or PS3 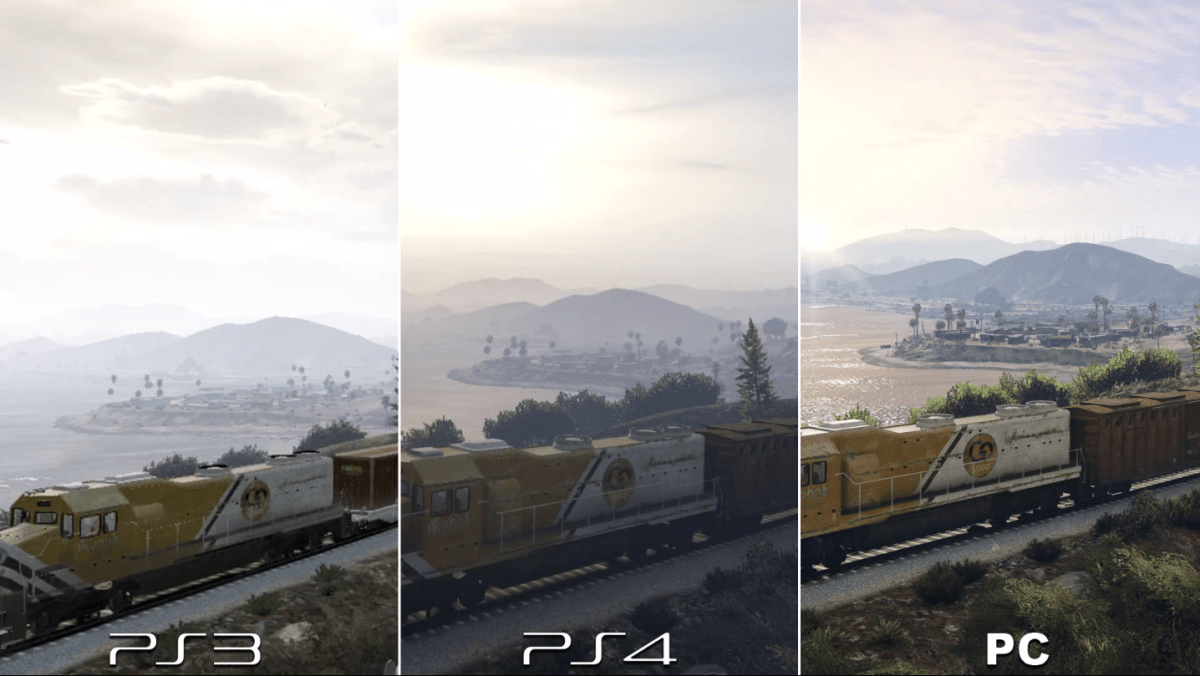 One of the most anticipated PC games of 2015 already came out on PS3 and Xbox 360 two years ago. That’s right, I’m talking about Grand Theft Auto V, the perpetually delayed bestseller that’s finally coming to PC later this month. For some people, an upgrade to the PC version will be the second or third time they’ve bought the game, so why spend another $60?

DON’T MISS: BGR plays Ori and the Blind Forest: 23 minutes of gameplay from the gorgeous platformer

Now, let me make this very clear: I am not advocating that anyone should buy GTA V on PC if they already own the game on another console. I’m just going to make it a little harder for you to tell yourself it’s not worth spending that money for a second or third time.

YouTube user UHDGaming has put together two graphics comparison videos featuring screenshots from the PS3, PS4 and PC versions of the game, and it’s shocking how much better the PC version looks.

To be fair, the PC screens don’t necessarily reflect exactly what you’ll see on your display, but it’s clear that there’s only one version worth owning if you want the most visually appealing version of Los Santos.

Check out the graphics comparison videos below: