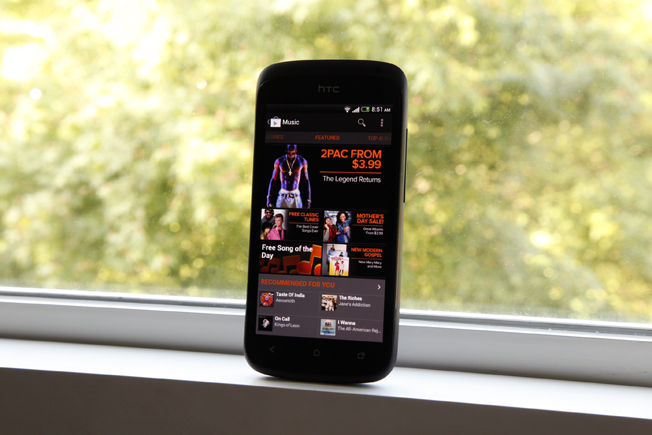 Now that Apple has finally thrown its hat into the ring, the music streaming wars can officially begin. The only contenders that anyone seems to be talking about lately are Spotify and Apple Music, but there are several other options to choose from, including Google’s own Google Play Music.

And Google Play Music is a solid choice! But with the spotlight shining in its direction, Google managed to make an epic blunder that could make curious consumers reconsider their streaming service decisions.

DON’T MISS: Tidal Swipes One of Apple Music’s Best Ideas and Completely Screws It Up

On Tuesday evening, Android Police reported that cached songs and music stored for offline playback in the Google Play Music app is disappearing for some users every time they reboot their devices. There doesn’t appear to be any real explanation for this, so one user complained to Google customer support.

The answer he got was utter nonsense, but thankfully Google circled back around, apologized for the misinformation and proceeded to provide a more detailed (and correct) explanation:

I’d like to first explain how music is stored for offline listening. Music files that are downloaded to a device (phone or tablet) are only downloading a cached version of song’s file, not the actual .mp3 file. This is done to help minimize the amount of space that the downloaded music takes up. This is also implemented to curb abuse of the subscription service as the download music is only accessible through the Google Play Music app for that device and account. This means that a user wouldn’t be able to download music to an SD card and then take that SD card and use it on a different device as the music is chased to that device and account.

With that said, music that has been downloaded for offline listening, either to the internal storage or SD card, should never be deleted without the user initiating the deletion. This is an actual known issue with this service. The good news is that we are aware of this issue and are actively working to get it fixed. Thanks for your effort in submitting those logs earlier, which helped make us aware of this issue.

So Google shouldn’t be deleting stored files off of your microSD card, but it’s happening anyway. Also, as Android Police points out, songs are in fact stored as .mp3 files, but in a private folder.

This is only affecting users who are taking advantage of the microSD storage capabilities of Google Play Music at the moment, but with the stakes as high as they’ve ever been for streaming services, this is the last thing Google needs on its plate.