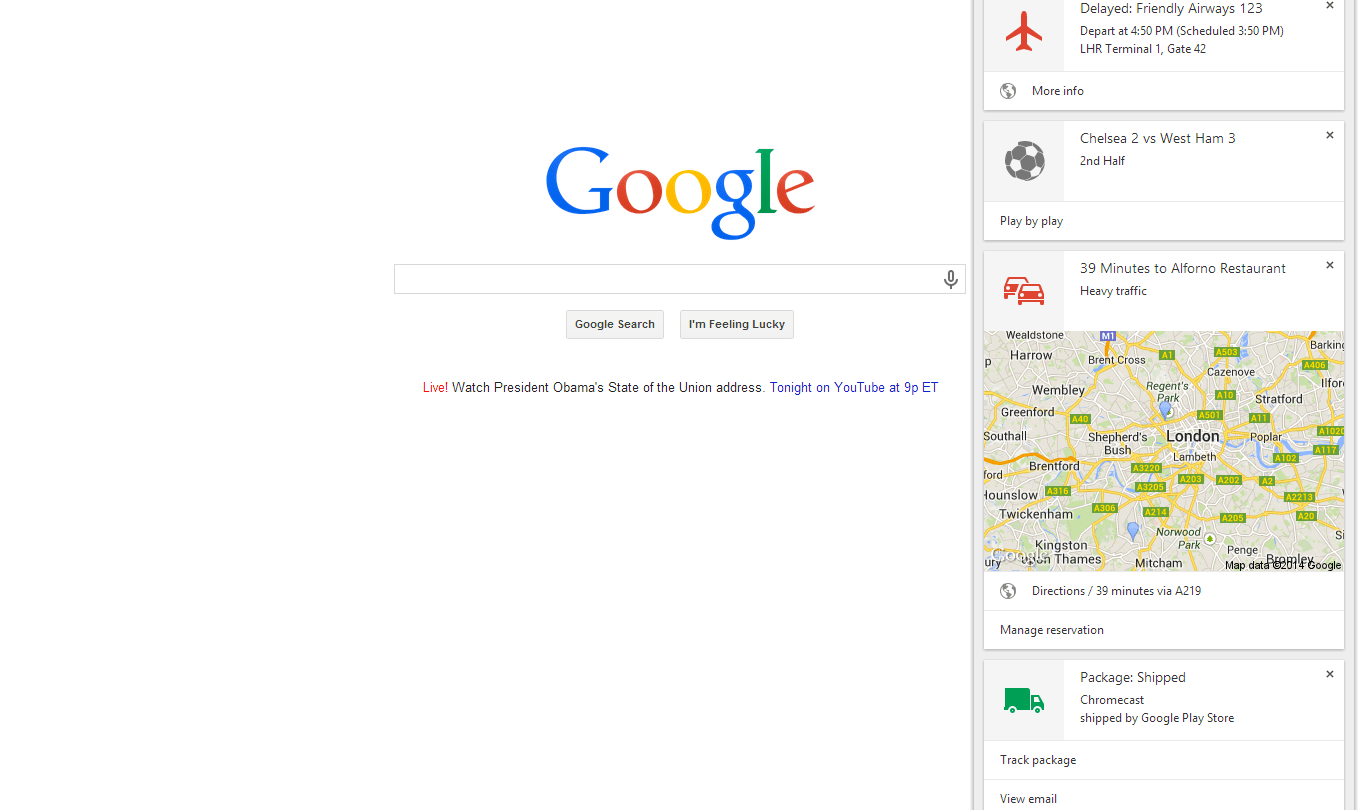 Google has been experimenting with putting its voice-enabled Google Now personal assistant onto desktop versions of Chrome for the past couple of months and now it looks like the company is finally ready to roll it out to everyone. Google announced on Monday that “starting today and rolling out over the next few weeks, Google Now notifications will be available to Chrome users on their desktop or laptop computers.” To get Google Now on your browser, Google says that you just have to sign into the same Google account that you use for Google Now on iOS and Android.

As you can see from the screenshot posted above, having Google Now on your Chrome desktop browser will create a small sidebar in Chrome that will give you live updates on everything ranging from flight information to traffic conditions to sports scores for your favorite teams. This means that you’ll be able to get important updates while you’re working on your PC so you won’t have to be distracted by notifications on your smartphone.

For the uninitiated, Google Now uses your search history and location history to figure out what information users might need at what times, such as being able to tell users how long their typical commutes will be given current traffic conditions, and being able to figure out how long in advance users will have to leave for them to make appointments. It’s won wide acclaim within the tech world and was named Popular Science’s “Innovation of the Year” in 2012.