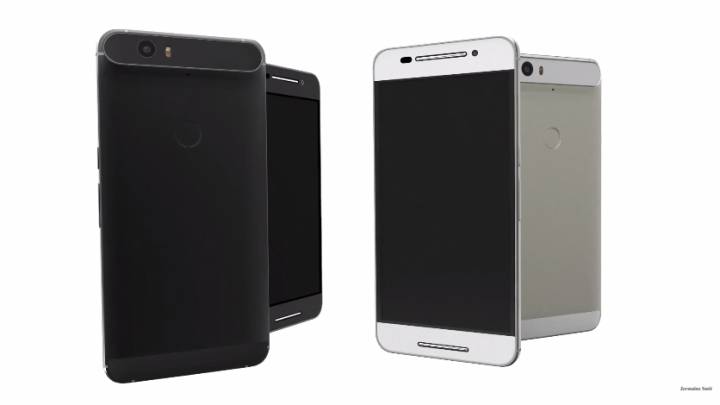 Google’s 2015 Nexus devices are far from being best-kept secrets. Many sources have so far suggested that Google will have two new Nexus phones in its lineup this year. The smartphones are entirely new handsets, featuring brand-new hardware features that the company unveiled with Android Marshmallow earlier this year, including fingerprint sensors and USB Type-C ports. Leaked images have already offered us a sneak preview of what Google’s next Nexuses will look like, and now a series of videos is offering us renders of the device that are based on its allegedly leaked schematics.

Designer Jermaine Smit, who used these videos before to generate 3D images of the Nexus 5, is back with a video dedicated to the Huawei Nexus 6.

The design of the Huawei device differs from LG’s new Nexus, but the phone essentially offers the same main new features. The phone in the following clip is consistent with what leaks have been saying and it features a large display, dual stereo speakers, a USB-C connector, a fingerprint sensor on the back, as well as a protruding main camera.

Google, LG, and Huawei are yet to confirm any of these rumors and renders, but similar leaks and concept videos should continue to hit the web on a constant basis until Google launches the handsets later this fall.