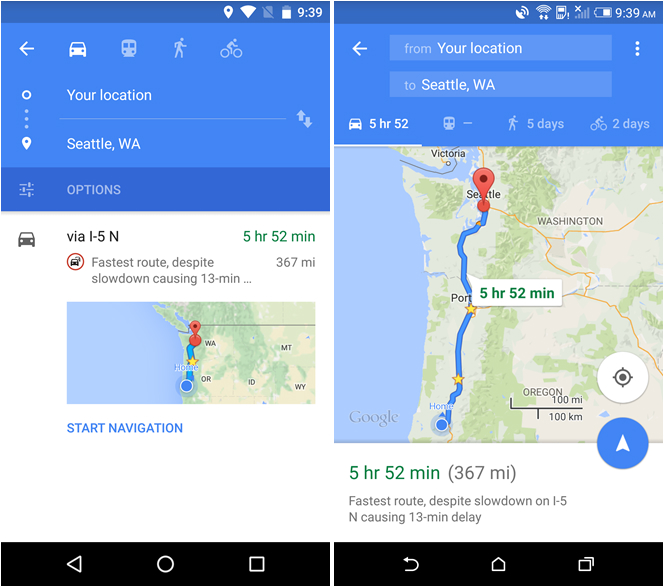 Google promised at its Google I/O developer event a few months ago that Google Maps would finally receive the offline navigation mode many users had been seeking for years, and the company is finally ready to roll it out on Android devices.

Google Maps on both iPhone and Android offers support for offline maps, but that might not be enough for those people looking to use the app for navigating without an Internet connection. The offline directions feature is all the more useful when traveling abroad, preventing extra charges for map data consumed while roaming.

Many competing mobile products already offer offline directions, so it’s about time Google updated Maps to bring the feature to the billion users who have it installed on mobile devices.

The new feature builds on what’s already available in Google Maps for Android; you still have to manually download the map data for the area you’re in. But this time around, turn-by-turn navigation and search features are also included with offline access, not just the map data.

“Whereas before you could simply view an area of the map offline, now you can get turn-by-turn driving directions, search for specific destinations, and find useful information about places, like hours of operation, contact information or ratings,” the company noted on its blog.

To download the map of an area, all you have to do is search for a city, county or country, and tap Download on the resulting place sheet (see animation above). Alternatively, you can go to Offline Areas in the Google Maps menu and tap the “+” button. Once the data is downloaded, Google Maps will automatically move to offline mode when it recognizes you’re in a location that has bad Internet connectivity.

Google Maps for iPhone will also get the same feature in a future update, though Google did not specify an actual rollout date other than “soon.”