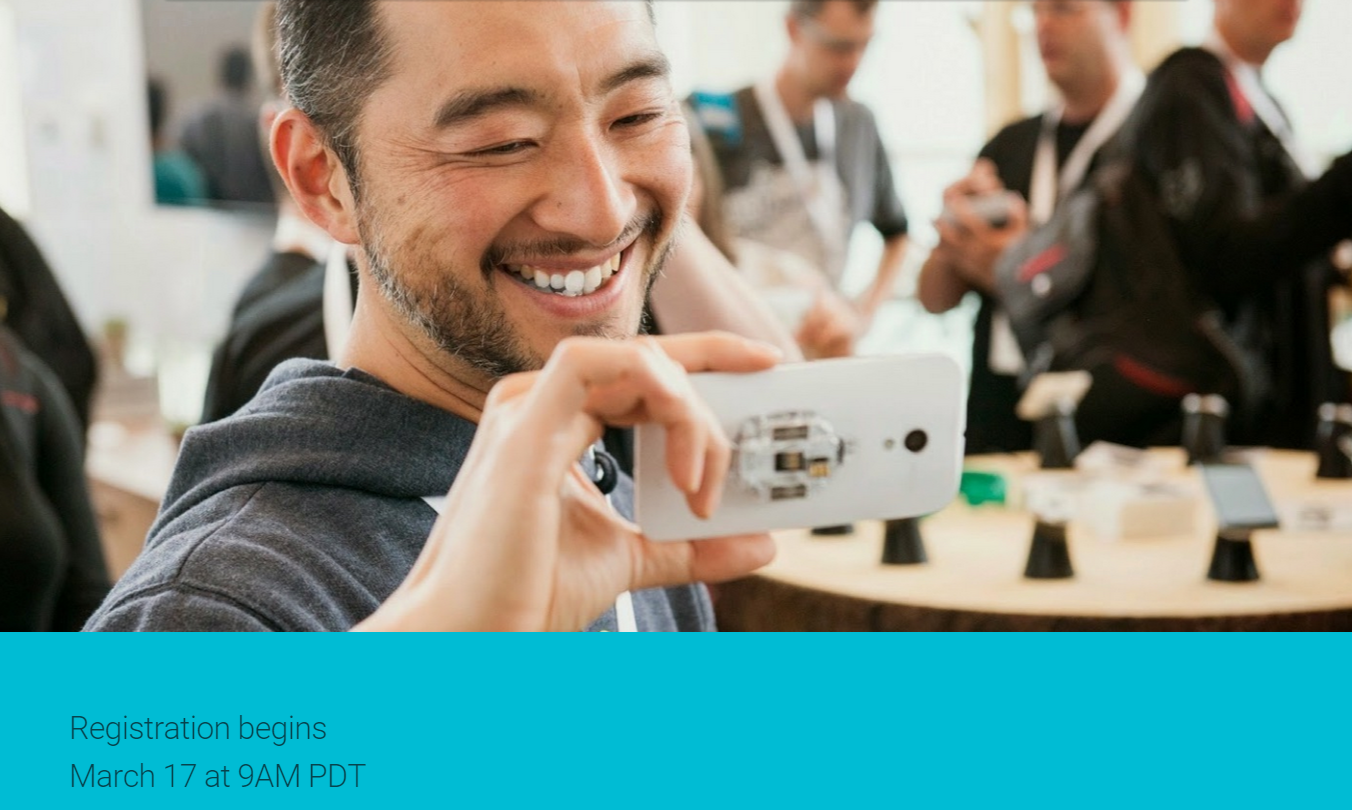 The moment you’ve been waiting for is almost here, Android developers. Google on Tuesday announced that Google I/O 2015 will kick off on May 28th this year and will run through to May 29th at Moscone Center West in San Francisco. Registration for the conference will start on March 17th at 9 a.m. PDT (12 p.m. EDT), so you have more than a month before you’ll be able to sign up to attend the big event.

Google I/O is a major developers conference for anyone who makes apps for Google’s assorted software platforms, including Chrome OS, Android and Android Wear. Given that Android is by far the most popular of these platforms, it typically gobbles up the lion’s share of attention. Last year, for instance, Google made waves at I/O by unveiling Android 5.0 Lollipop and its gorgeous Material Design user interface. Google has also used I/O to showcase some of its crazier “moonshot” projects in the past such as Google Glass.

While we don’t think this year’s conference will have an Android update as significant as Lollipop last year, we’re sure Google has plenty of great surprises in store for us lined up.

Click here to learn more about the event at Google’s official I/O 2015 page.