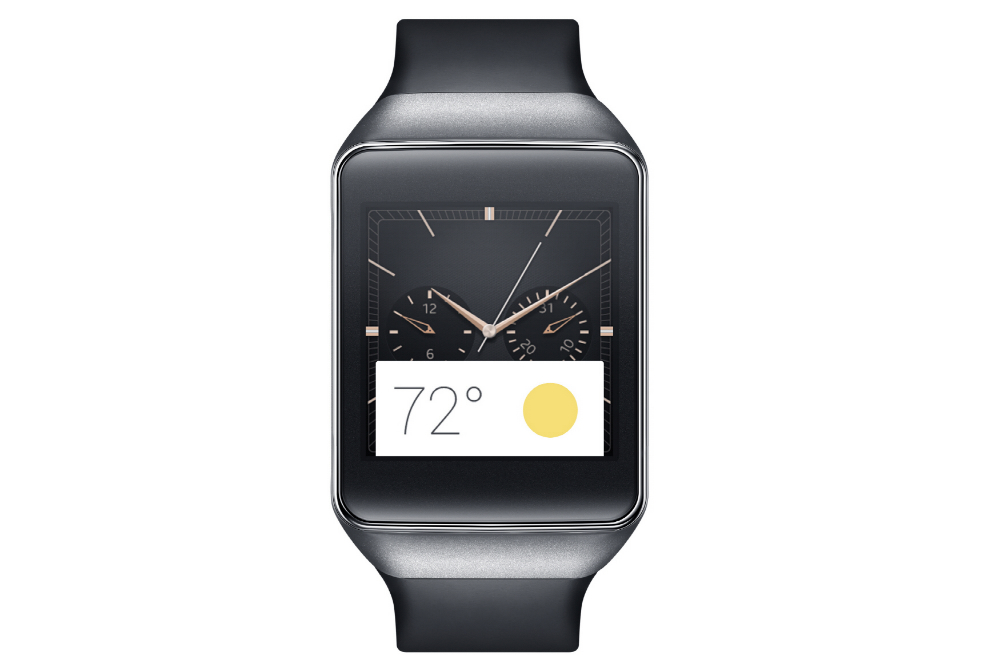 Samsung and LG on Wednesday finally took the wraps off their first Android Wear smartwatches after Google revealed on stage at I/O 2014 that the Gear Live and G Watch will be available to order from the Google Play Store starting today.

Samsung will start selling the Gear Live through Google Play, Amazon and Best Buy on July 7, with pre-orders available beginning today from Google. The device will cost users $199.99 and will require an Android device running Android 4.3 or later to work.

The G Watch will be available for pre-order from Google Play later today in 12 countries including United States, Canada, UK, France, Germany, Italy, Spain, South Korea and Japan, and will launch “soon after” at retailers in 27 markets. Pricing details for it aren’t available at this time.

“Samsung has been a pioneer in the quickly-evolving wearable market, and the launch of Gear Live furthers our efforts to deliver a simple and intuitive wearable experience to consumers,” said JK Shin, CEO and President of IT & Mobile Division, Samsung Electronics. “Through our long-term close collaboration with Google, we have successfully incorporated the capabilities of Android Wear into the Gear Live, in a way that only Samsung can do. I am confident that Samsung and Google together, we will grow the smart wearable market to positively impact consumers’ life.”

“Watches powered by Android Wear aim to help people get access to useful information the moment you need it, at a glance,” said Sundar Pichai, SVP, Android, Chrome & Apps. “It’s exciting to be working closely with Samsung on the launch of the Gear Live-with it’s all-day battery and vibrant display-to bring more smart wearables to the market.”

The Samsung Gear Live offers a powerful mobile experience, heralded design aesthetics and innovative features that users expect from Samsung. The new Android Wear device features Samsung’s signature Super AMOLED display for incredible color and screen clarity. It also offers easy customization of the clock face and utilizes simple one-touch device wakeup for instant access. The Gear Live meets IP67, protecting the device against the effects of dust and water immersion , and comes with a standard 22mm band, so users can change the band to express their taste and personality. Finally, the sleek watch allows users to better manage their health and fitness with a built-in heart rate monitor that works seamlessly with multiple fitness apps.

Allowing information to move with the user, the Gear Live, powered by Android Wear shows targeted information and suggestions in real-time. The wide variety of Android applications compatible with the Gear Live means users can seamlessly receive the latest posts and updates from social apps, chats from preferred messaging apps, and regular notifications from shopping, news or even photography apps. The new device also offers intuitive voice commands; just say “Ok Google” to ask questions like what time your flight leaves or the score of the game, or to get stuff done, like calling a taxi, sending a text, making a restaurant reservation or setting an alarm. The Gear Live can be paired with any Android device running Android 4.3 or higher for a truly connected and personal mobile experience.

The Gear Live will be offered in Black and Wine Red with interchangeable strap options. It will be available to order from June 25th through the Google Play Store (play.google.com/devices), and will subsequently go on sale in Samsung Retail Stores.

As a wrist wearable device featuring a button-less design, the G Watch will appeal to a mass audience with its simple minimalist design, quick and “glance-able” access to useful information and seamless connectivity with other Android devices, keeping users connected wherever, whenever.

“As one of the first to market with Android Wear, LG wanted to develop a product that functions as an essential companion device but most importantly, was simple to use,” said Dr. Jong-seok Park, president and CEO of the LG Electronics Mobile Communications Company. “We wanted a device that would be simple to learn and so intuitive that users wouldn’t even have to think about how to use its features. That’s what the LG G Watch is all about.”

“Watches powered by Android Wear aim to show you the right information and suggestions you need, right when you need them,” said Sundar Pichai, Google’s senior vice president, Android, Chrome & Apps. “It’s been great to work with LG on the launch of the G Watch — especially given its simple, easy-to-use design.”

At the core of the LG G Watch is a powerful and energy-efficient Qualcomm® Snapdragon™ 400 processor clocking in at 1.2GHz. Paired with a low power consuming Always-On 1.65-inch IPS display with true-to-life color reproduction, the LG G Watch enhances the functionality of Android smartphones by providing quick access to useful information. With the Always-On screen, wearers can see what time it is anytime. Connected via Bluetooth, the LG G Watch displays messages, shows who’s calling, controls music playback and more without the smartphone ever having to be removed from a pocket or bag.

Integral to the LG G Watch and Android Wear is a simple new user experience designed around cards, which provides useful information when it’s needed, and voice recognition which allows one to ask questions and get things done easily. With voice recognition, LG was free to design the LG G Watch without any buttons or keys. Users can send text messages and search for useful information just by saying, “Ok Google”. LG and Google worked closely from the initial stage of development to ensure that the LG G Watch worked as envisioned.

The LG G Watch combines form and function in a subtle, minimalist design with an intuitive touch-based user interface. And with an Ingress Protection rating of IP67, the LG G Watch is designed to be protected from dust and water resistant for up to 30 minutes to a depth of one meter. The LG G Watch will be available in two colors — Black Titan and White Gold — and is constructed of PVD (Physical Vapor Deposition) coated stainless steel with a rugged silicone wristband in matching color. The LG G Watch can be personalized with any standard 22mm strap available in the market.

The LG G Watch will be available for pre-order on the Google Play Store starting June 25 in 12 countries including key markets such as the United States, Canada, UK, France, Germany, Italy, Spain, South Korea and Japan. The LG G Watch will also be available soon after at retailers in 27 markets such as Australia, Brazil, Mexico, New Zealand, Singapore and Russia. Additional details will be announced locally at the time of availability.