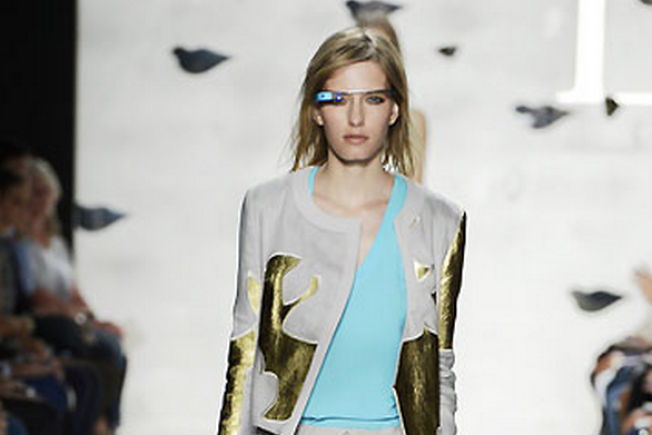 Glass has been one of the most intriguing Google (GOOG) initiatives revealed over the past year: An industry-first glasses headset that can project images and data directly onto users’ eyes. Engadget on Thursday spotted some documents that Google filed with the Federal Communications Commission that show us some of the specifications that the Explorer Edition of Glass will have when it ships out to developers in the coming months. Some of the specs are pretty standard fare, such as a Broadcom 2.4GHz 802.11 b/g WiFi radio and a Bluetooth 4.0 low-energy module. But there’s also a paragraph that references an “integral vibrating element that provides audio to the user via contact with the user’s head” that Engadget speculates has to do with the bone-conduction audio patent that Google filed earlier this year. What this essentially means is that Glass will likely vibrate sound into your skull and not have a traditional dedicated earpiece, so it looks as though Google has been really willing to go out on a limb with cutting-edge tech for its experimental headset.