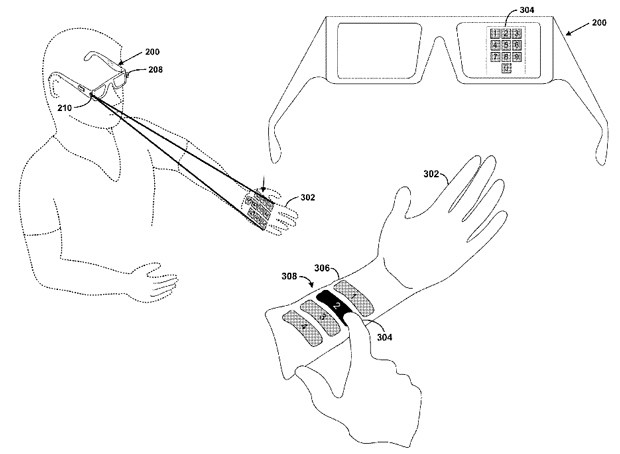 We all know that Google’s (GOOG) Project Glass will be capable of projecting images directly onto your eyeballs, but now it looks as though it could project images onto other surfaces as well. Engadget has found a Google patent filing showing that the company is working on technology for Glass that “would use a tiny laser projector mounted on the arm of the spectacles to beam out QWERTY and other buttons” onto other surfaces. A built-in camera within the glasses would then record what you type on the projected images, thus giving users the ability to tap out notes on their arms, walls and other nearby locations. While this obviously sounds like an extremely cool feature, we wouldn’t get too worked up about it appearing on Google Glass when it launches, since Google admits that it’s still trying to figure out the best way for users to interact with its cutting-edge visor.