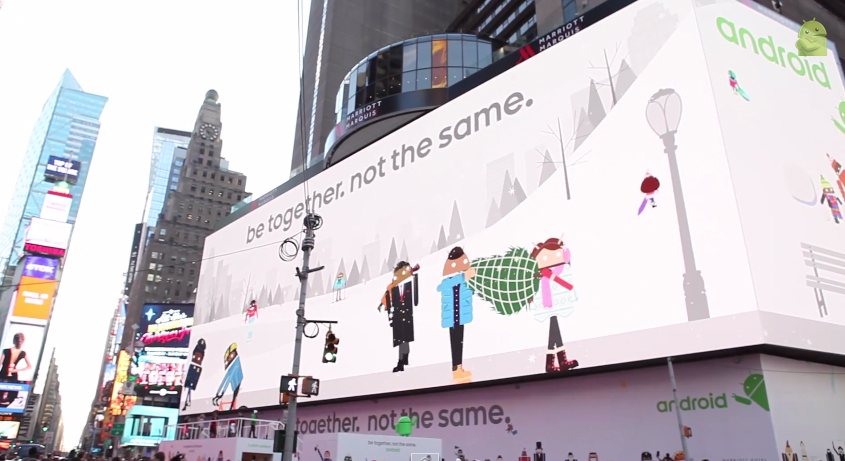 Even though Android is the dominating smartphone platform when it comes to market share, enjoying huge popularity in many markets, Google appears to be interested in heavily promoting it this holiday season, especially now that Android 5.0 Lollipop, the Nexus 6 and the Nexus 9 have all been launched. Google has taken its Android video commercials — the ones telling the audience that Android is supposed to offer user a unique experience — to a whole new level, Android Central reports, renting ad space on a huge, over 25,000 square feet, billboard in Times Square.

FROM EARLIER: One country’s desperate battle to erase Google, Netflix and Uber from existence

Google has booked the space through the New Year, and while it’s not clear how much the company has paid for it, the current estimated rate for it is more than $2.5 million for four weeks.

The billboard will be seen by around 300,000 people each day, and Google will donate some space to six non-profit organizations including Made with Code, Charity Water, WWF, Khan Academy, NRDC, Donors Choose, and Give Directly.