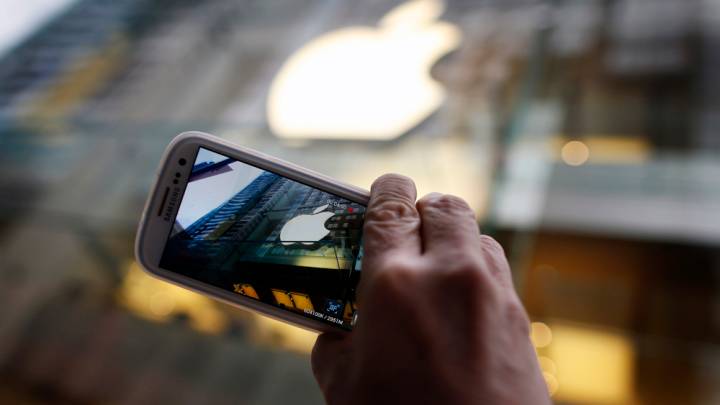 Xiaomi is a China-based smartphone company that has grown to become the most valuable startup in the world by shamelessly ripping off Apple’s devices, its style and even its launch and marketing strategies. But even Xiaomi isn’t as shameless as another China-based smartphone maker called Gold-east. You’ve never heard of the company before and you’ll probably never see one of its products in person, but we had to take a moment to stand back in awe of the company’s masterful simultaneous trolling of both of the world’s top smartphone makers.

Some say Samsung is a copycat, and there’s no question that Apple’s devices have at least influenced many of Samsung’s designs over the years. The company even crafted a secret 132-page document to help it copy Apple’s iPhone pixel by pixel. But nothing Samsung has ever done was as blatant as Xiaomi’s Apple robberies.

Now, the bar has been raised yet again.

Meet the “Gold-east 5″ Octa core smart phone.” The name is oddly straight-forward, and the device is even more oddly familiar. Where oh where have we seen these designs before?

That’s right — this ridiculous handset is basically a flattened iPhone 5 made of plastic that runs Android skinned with a blatant ripoff of Samsung’s TouchWiz user interface.

The phone is powered by a low-cost 1.4GHz octa-core processor and features a 5-inch 720p display, 1GB of RAM, a 5-megapixel rear camera, a 2-megapixel front-facing camera, Android 4.4.2 KitKat and a 2,000 mAh battery.

Gold-east’s phone costs just $114 on Alibaba, though the company requires a minimum order of 1,000 units.