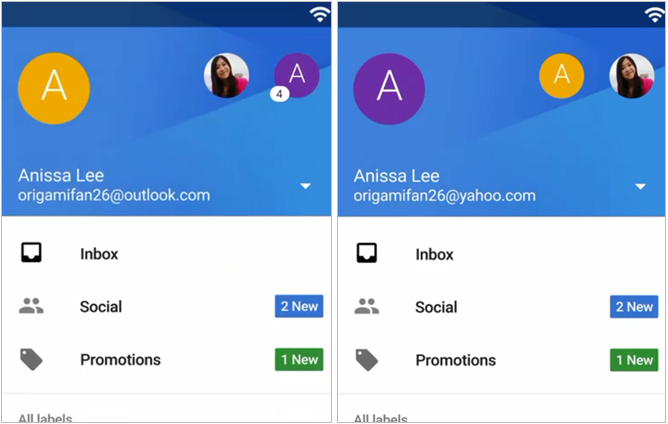 Google is going to update its Gmail Android app to version 5.0, which will bring Material Design as well as new features. Among them, Android Police has already discovered one that may be of special interest to many smartphone users. Gmail 5.0 will not only support multiple Gmail accounts, but also email accounts from various competing companies, including Outlook or Yahoo.

Thus, starting with Gmail 5.0, users will be able to get all their email in a single place, and seamlessly move from one account to the other, as shown in the video below.

Obviously, the highlight of the new features in Gmail 5.0 is the gorgeous new design based on Google’s Material Design principles. Similarly, Google has already updated or will update other apps that will be included in Android 5.0 Lollipop.

It’s not clear whether Google’s Gmail app for iOS will also support other email providers in the future, including Outlook, Yahoo, and others.

Gmail 5.0 isn’t available for download and manual installation on Android devices just yet, but it should be released in the near future. A video showing it in action follows below, demoing support for other email inboxes as well.