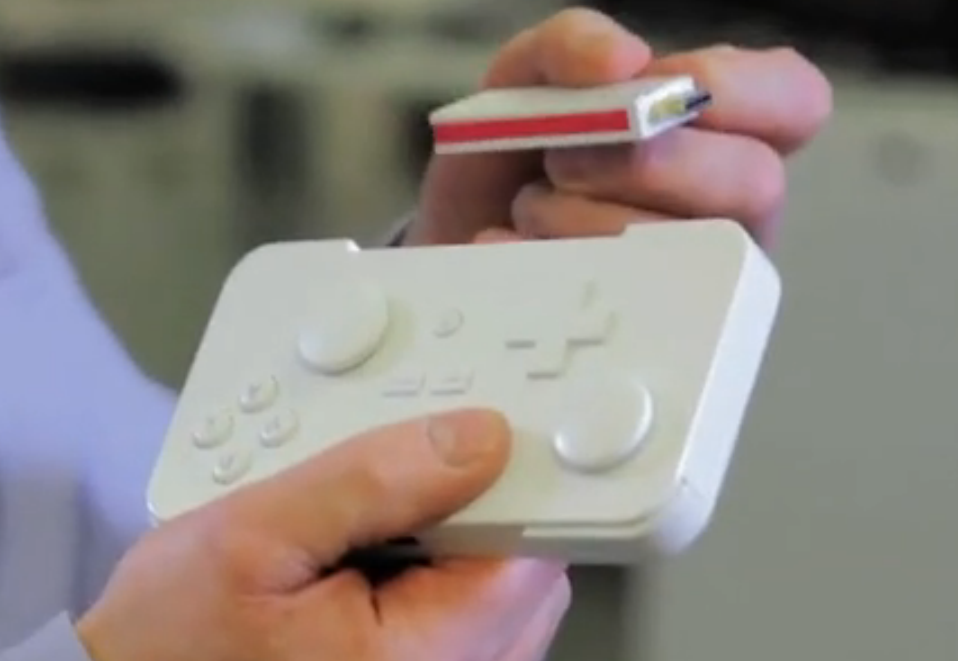 We didn’t have to wait very long to discover what 2013’s first big Kickstarter project would be. Via Ars Technica, we give you the GameStick, an Android-based two-inch long stick that plugs directly into a controller and acts as a highly portable gaming console. The GameStick team says that their goal with the new mini-console was to create “a big screen games console that was so small you could pop it in your pocket… so you can take all your games with you to any TV you like.” As far as titles go, GameStick developers so far have “identified 200 [Android] titles that will be great to play on GameStick” and are also “working with our network of over 250 developers including great studios such as Madfinger, Hutch, and others to bring you the best line-up.” The project is seeking $100,000 by February 1st and has already raised over $31,500 on its first day; in other words, gamers who invest in the GameStick should see a lot of exciting stretch goals announced over the next month. If fully funded, GameStick is slated to launch to the public by this April.