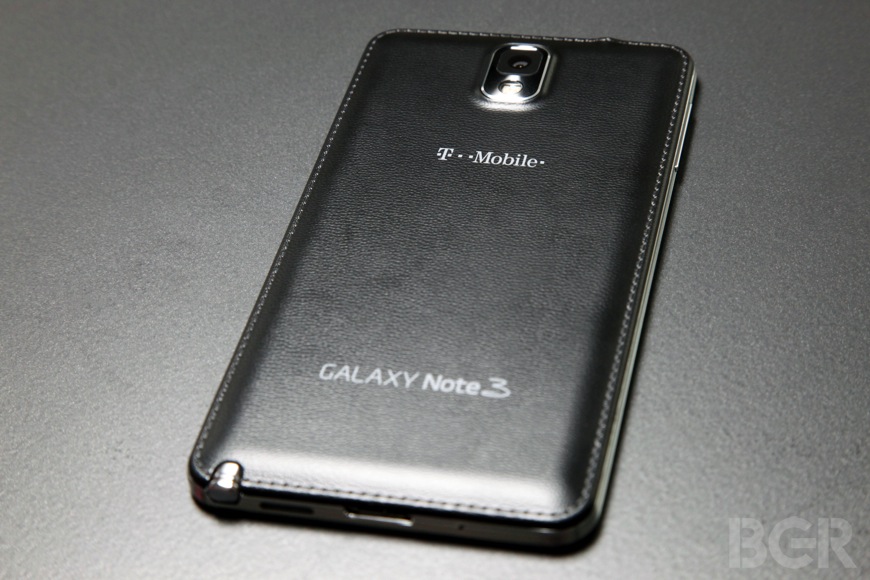 We recently reviewed Samsung’s new Galaxy Note 3 phablet and long story short, we loved it. The device marks the beginning of Samsung’s war on feature spam, and we went as far as to call it our favorite Samsung phone ever. The Note 3 is by no means perfect, of course, and aside from its monstrous size our least favorite thing about the handset was probably its cheap-feeling build. Whereas rivals like Apple and HTC use metals and other premium materials on its smartphones, Samsung continues to opt for plastics and, in the case of the Note 3, pleather. Rumor had it that the company would finally move away from flimsy-feeling plastics on next year’s flagship Galaxy S5 model, but now a new report suggests that will not be the case.

According to a report from GalaxyS5Info, Samsung’s upcoming Galaxy S5 handset will not feature a metal case as had been previously rumored. Instead, the site says Samsung will continue to use plastics for the device’s housing. Specifically, Samsung will supposedly carry the leather-look plastic from the Galaxy Note 3’s case over to the new Galaxy S5.

While GalaxyS5Info is an unproven source, the report was relayed by the often-reliable SamMobile.

The report goes on to say that Samsung is indeed working on a new metal phone, but it will belong to a new premium smartphone line referred for the time being as to as “Galaxy F.” This is not the first time we’ve heard rumors of a new premium Galaxy F lineup that will feature metal casings.

Recent reports suggested that Samsung may be rushing out the new Galaxy S5 smartphone to combat worse than expected Galaxy S4 sales. The new flagship model will reportedly debut sometime in the first quarter next year, while the premium Galaxy F line may be unveiled later in the second quarter.