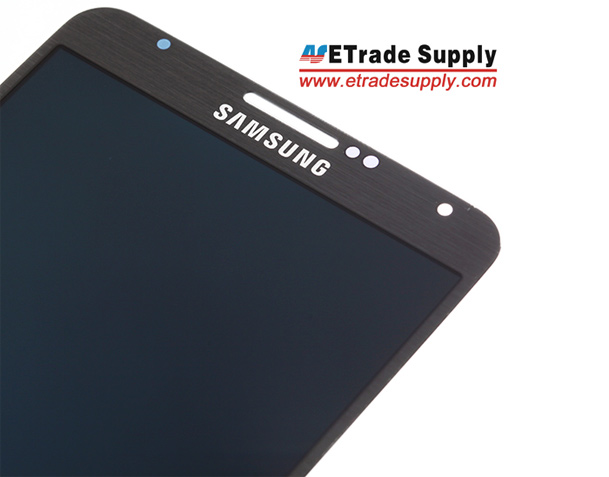 Samsung has done a surprisingly good job of keeping its upcoming Galaxy Note III phablet under wraps ahead of its debut at the company’s IFA press conference next week. Sure we’ve seen photos of prototypes and the device’s specs leaked out quite some time ago, but we have yet to see solid photos of the Note III’s final hardware. That may soon change as Samsung’s Note III unveiling approaches, of course, and final parts are now finally beginning to leak.

Two solid sources on Tuesday published images of what they claim to be the display panel and front panel assembly from Samsung’s upcoming Galaxy Note III. The first was Sonny Dickson, best known for leaking Apple device parts, who published a gallery of 10 large photos of the display panel. Then supply chain solutions company ETrade Supply followed up with high-quality images that included some measurements.

While the design and shape of the purported Note III display assembly is quite familiar, the highlight from these images is undoubtedly the observation that the bezel around the Note III’s display is just 2.2 millimeters thick on the sides, suggesting that the phablet will still be somewhat manageable despite its large 5.68-inch screen.

Other key specs include a 2.3GHz Snapdragon 800 processor or an eight-core Exynos 5 Octa chipset depending on region, a 13-megapixel camera, 3GB of RAM and a massive battery.

Samsung confirmed on Tuesday that the Galaxy Note III will indeed be unveiled alongside the new Galaxy Gear smartwatch during Samsung’s “Unpacked” press conference at IFA on September 4th.

Additional leaked photos of the Note III’s display follow below.