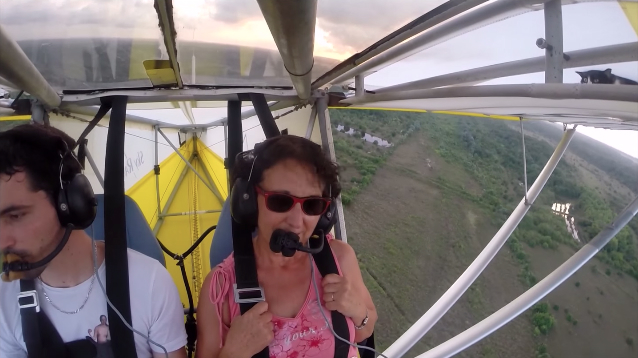 Cats are famously afraid of water, so it’s always funny to see them reach when having to deal with water and washing incidents. But what about flying? A new video uploaded to YouTube over the weekend shows what it’s like for a cat to find itself up in the air against its will – and from the looks of it, the cat doesn’t seem too happy about it.

As you’ll see in the following clip, both the pilot and passenger of an ultralight aircraft performing a routing run are surprised to see a cat emerge from the left wing while in the air. The most obvious thing you can do is land the plane and make sure the cat, who’s hanging as best it can from that wing, gets safely on the ground.

“[It’s] important to check the wings before each flight,” Romain Jantot said on YouTube. “For your information, the cat is fine, it continues [performing] with dedication its role of club mascot.”

The full, hilarious flying cat video follows below, so make sure you check it out – after all, a study says that the more funny cat YouTube videos you watch, the happier you’ll be.