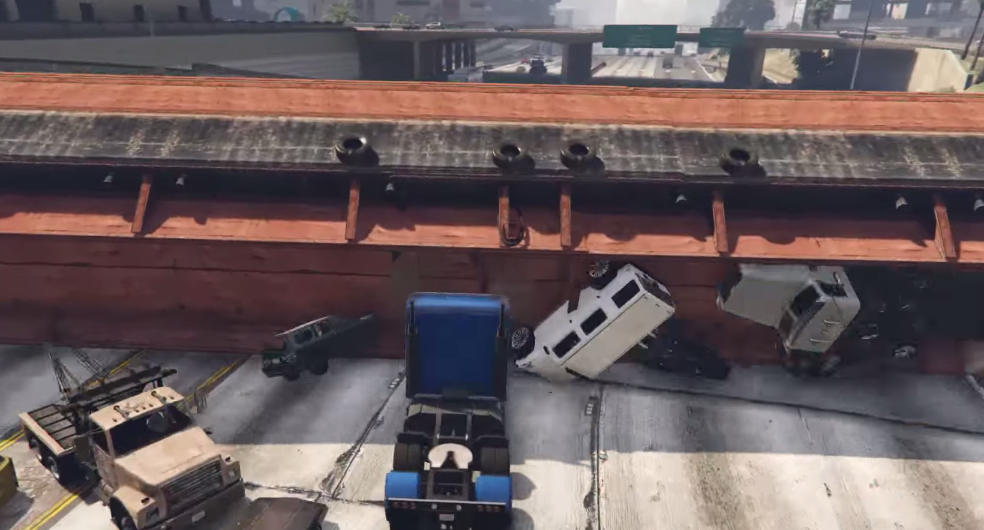 Oh, Grand Theft Auto V. Is there any game out there that lends itself to hilarious mayhem as much as you? The answer is “no” and a new video posted by YouTuber BlackSmoke Billy reminds us why. The video shows how BlackSmoke Billy used mods to add a ramp to the front of a truck that he proceeded to drive the wrong way down a highway, launching multiple cars into the air as he went.

RELATED: A bike crash in GTA V sets off the most hilarious 5-minute explosion in gaming history

So that’s pretty good. But BlackSmoke Billy decided that he could make an even bigger ramp that could create even more chaos. And it looked like this:

So it’s safe to say that this new ramp — which appears to be a barge that’s flipped over on its side — is capable of wrecking every car in Los Santos that is foolish enough to venture onto the highway.

And you can’t even imagine the carnage that occurs when he puts the truck in reverse.