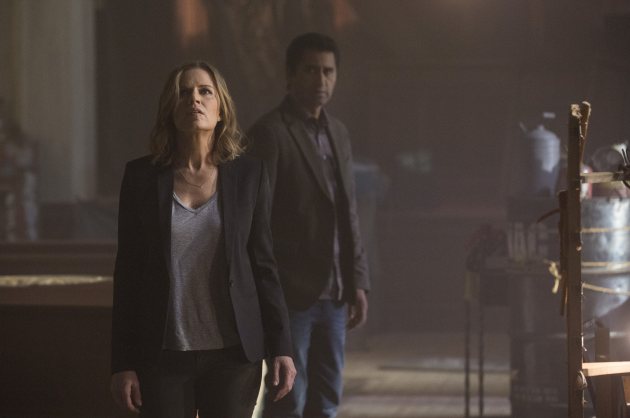 On Friday afternoon, Robert Kirkman, author of The Walking Dead and executive producer on the television series, took to Twitter to reveal that AMC’s spinoff series finally, officially has a name: Fear the Walking Dead.

The fifth season finale of The Walking Dead airs on Sunday, March 29th, and AMC also revealed today that a trailer for the Fear the Walking Dead series will run at some point during the 90-minute episode.

“From the beginning of ‘The Walking Dead’ on AMC, we’ve been asked questions about what was going on in other parts of the zombie apocalypse, and what it looked like as the world really did ‘turn.’ Through this new series, we’re going to find out,” said AMC president Charlie Collier.

Fear the Walking Dead will begin airing this summer, although a premiere date has not been set. The first season will consist of 6 one-hour episodes, and a second season has already been ordered.