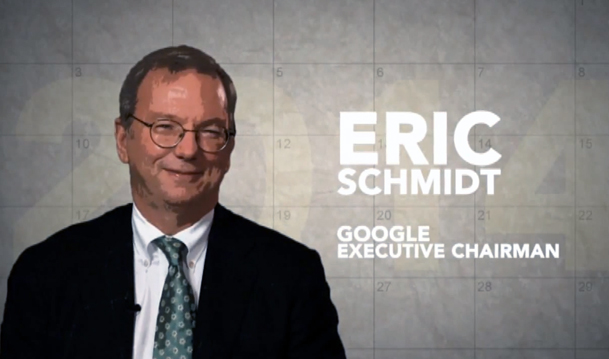 The Occupy Wall Street protest movement as a whole never seemed to have any concrete goals other than to play drum circles in public parks and now we can see why: One of its founders seems just as ideologically confused as the movement she helped create. The Guardian reports that Justine Tunney, who created the OccupyWallSt.org website and who now works as a software engineer at Google, has just launched a White House petition demanding that Barack Obama step down as president and then have Google chairman Eric Schmidt appointed to take his place as “CEO of America.”

It goes without saying that getting rid of an elected chief executive in favor of an appointed corporate overlord seems to go against the “direct democracy” ideology that Occupy Wall Street protesters tend to embrace. However, Tunney has apparently had her mind changed ever since starting work at Google: Just as she once drank the Kool-Aid about Occupy being a completely new kind of non-traditional movement that would Change Everything, so has she drank the Silicon Valley Kool-Aid about working at a new kind of non-traditional business that will Change Everything.

“Silicon Valley is firmly post-capitalist,” she wrote earlier this year, much to the bewilderment of many of her Twitter followers. “There just isn’t a name for it yet.”

In a lot of ways, Tunney seems like the perfect Google employee since pretending to save the world through shameless self-promotion has long been the company’s modus operandi.