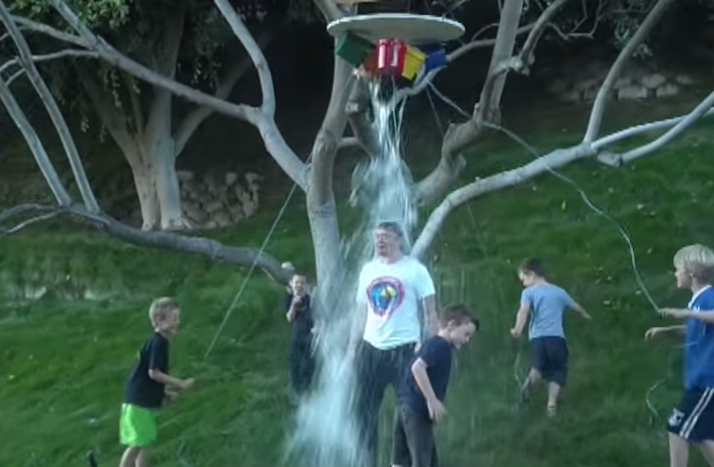 Given his engineering chops, we shouldn’t be surprised that Tesla and SpaceX CEO Elon Musk concocted the most elaborate contraption we’ve yet seen for an “Ice Bucket Challenge” video.

In the video shown below, we can see that Musk has created a device in which five different buckets are held up over him with long strings attached to them that reach down to the ground. When Musk gives the signal, his kids yank on the strings and simultaneously dump five buckets’ worth of water on his head at once. While this obviously isn’t nearly as complex an engineering feat as, say, SpaceX’s amazing reusable rocket, it definitely shows a lot more thought and preparation compared to other tech CEOs’ videos.

Of course, while Musk’s video definitely gets points for cleverness, it’s still not nearly as amusing as Bill Gates’ Ice Bucket Challenge video, which we said last week was the funniest one we’ve seen so far. Nonetheless, you should definitely check out Musk’s effort below.