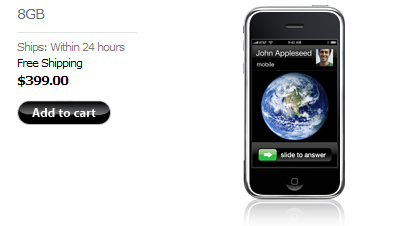 USATODAY got a quick Q&A with the head honcho, El Jobso. What did he say? Can we all get a $200 credit even though we’re out of the 14 day return period? Can we at least get a free Apple sticker? Something? To summerize — no! This is basically it and we’re expecting Apple to have an official iPhone credit policy in place by today, so it looks like that’s the end of the road. Are you still fuming mad at the price drop? Or are you just mad you could get 2 4GB iPhones for the price of an 8GB just hours ago…Oh, ok.

“Q: What do you say to customers who just bought a new iPhone for $599? Sorry?