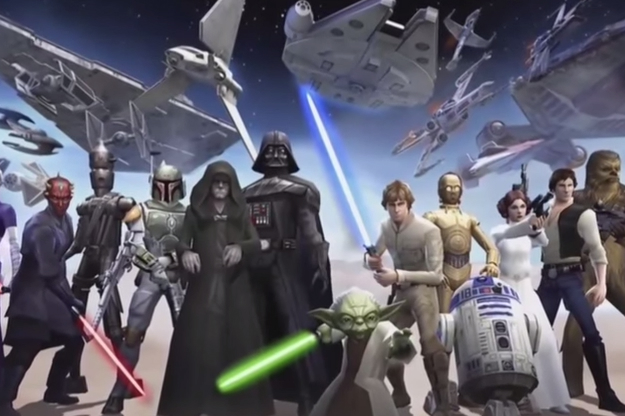 I’m not what you’d call a hardcore gamer, but I definitely play lots of mobile games of all types and I’m already very excited to try out some of the titles that various studios announced at E3 2015. Of those, six stand out and are likely to become quite popular with smartphone and tablet owners. Sadly for Android fans, many of them might hit iPhone before they’re launched in the Google Play Store, but Android support is surely down the road.

Bethesda’s Fallout Shelter is already available on iOS, a free-to-play game that lets players explore a different type of Fallout gameplay than what’s coming to Xbox One and PS4.

The same company also confirmed that a Hearthstone-style card game for mobile devices is coming soon. The Elder Scrolls Legends will surely be a hit with fans of the series, and the game is coming to PC and iPad later this year.

EA’s Star Wars: Galaxy of Heroes is also a Hearthstone-style card game heading to mobile devices in the near future, but one I’m particularly excited about. Unfortunately, not many details about it are known at this time.

EA already has one other new game that’ll be fun to play on mobile devices, one that’s based on Despicable Me’s minions. Called Minions Paradise, the game is already available on both iOS and Android. The game centers around a clumsy minion who has to build a paradise on the island for the others after sinking their ship.

Lara Croft Go is Square Enix’s brand-new puzzle adventure for smartphones and tablets based on the Tomb Rider universe. The game will likely be similar to Hitman Go, but the studio hasn’t announced any launch details for it.

Finally, Square Enix also confirmed that a full port of Final Fantasy VII is coming to iOS, though it’s not clear whether it’s also going to launch on Android.