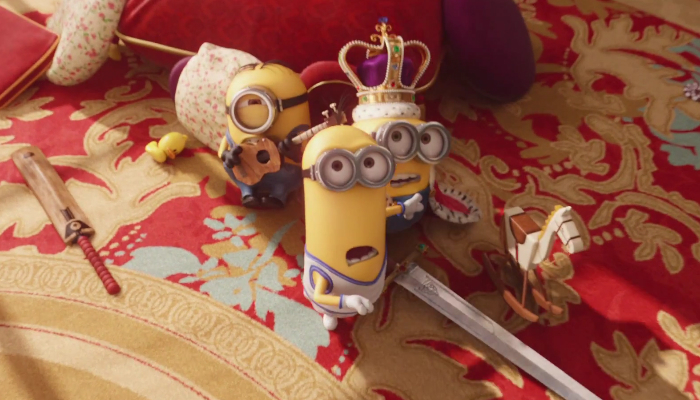 Despicable Me fans are probably antsy to see the spinoff film Minions when it comes out, but until it launches on July 10th we’ve been granted one more short look into the title characters’ upcoming hilarious adventures. Illumination has published a third trailer for the Minions movie, which reveals further details about the plot.

Just like in previous trailers – see them all at this link – we’re told that the Minions collective was founded a long time ago and has one purpose in mind: Finding the right master. The action of the movie takes place long before they met Gru, focusing on the events that follow the 1968 Villain Con.

At the convention where the most evil villains come gather to meet fans, Kevin, Bob and Stuart meet the one villain they desperately want to work for, Scarlett Overkill, who’s played by Sandra Bullock. The third trailer reveals that Overkill and the Minions plan to steal something from none other than Queen Elizabeth II, who’s not going down without a fight – see the new clip below.