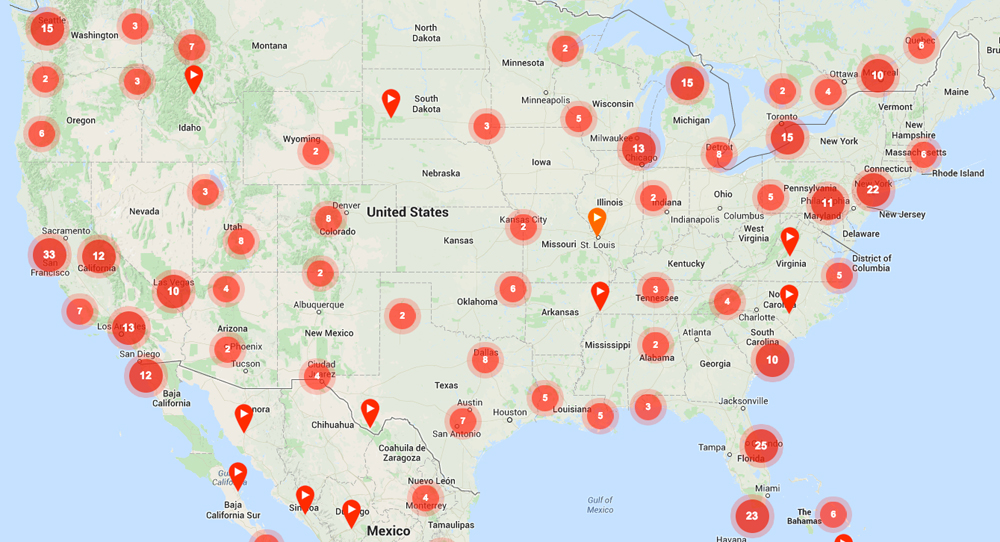 Google Street View is one of the greatest things about Google Maps. With it, users can see actual 3D imagery of locations they plan to visit, giving people a way to see exactly where they’re headed before they trek out to a new destination. Beyond that, it gives users a way to explore places around the world, albeit virtually, that they might otherwise never have had the opportunity to see. A new website called TravelByDrone takes things a step further, however, providing users with videos containing drone-filmed aerial footage from all over the world that is just a click away.

TravelByDrone is the Google Street View of drone footage. It doesn’t cover nearly as much ground — or air, as the case may be — as Google’s offering, but it gives us a unique perspective that only drones can offer.

To use the site, simply search a location or pan around the map, and click on the orange circles until you drill down to the area you want. Then click a pin to pop up a YouTube video of footage captured by a drone.

An example of the available videos follows below, and you can visit the site by clicking the link down in the source section.