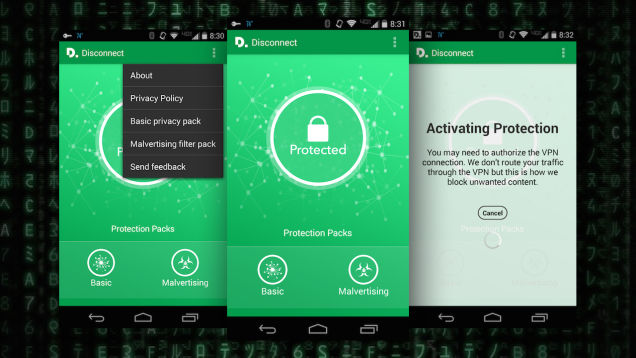 Google’s legal antitrust issues in Europe are far from over, as a new company has filed a complaint with regulators alleging that Google is abusing Android dominance in the region.

The founders of Disconnect, an Android application meant to guard user privacy that was banned from the Google Play Store, include former Googlers, ZDNet reveals.

Google apparently banned Disconnect and said that it interfered with other apps last year, The Wall Street Journal says. The app protects a user’s privacy by limiting the ways he or she can be tracked by Google and other apps. An email sent by a Play Store employee explaining why the app was removed said that Disconnect was preventing ads from appearing in apps.

Apparently, the kind of connections needed for tracking a user, which are blocked by Disconnect, can also be used to install malware on Android devices, according to a recent study quoted by the Journal.

Sales apparently “plummeted” after the app was removed, though users can still sideload Disconnect if they want to. The app’s creators say Google gives its services unfair advantages over competitors including Disconnect, reducing competition and consumer choice in the process. The company also says that Google illegally discriminated against Disconnect because Google’s own privacy and security software included in Android isn’t held to the same standards.

Google told the Journal that Disconnect’s antitrust claims are baseless, saying that Google allows more than 200 privacy apps in the Play Store, but not the ones that might block an app’s revenue stream.