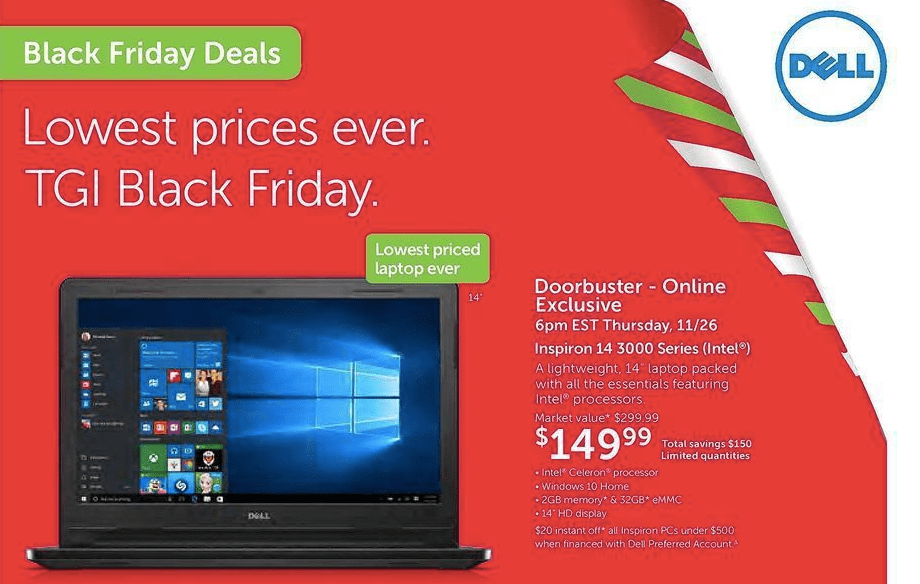 We didn’t expect to start reporting on Black Friday 2015 until at least the end of October, but a few hours ago, the full 6-page ad for Dell’s Black Friday deals leaked online. So it looks like Black Friday news is starting early this year!

You might not be expecting much from a collection of Black Friday deals from Dell, but there are plenty of interesting offers in the leaked ad, including computers, TVs, game consoles and electronic accessories. Below we’ve collected some of the highlights, but be sure to check out the full ad on BlackFriday.com as well:

Not a bad start! But, sadly, we’re going to have to wait until November 26th at 6:00 p.m. ET before any of these deals are actually available. In the meantime, be sure to stay tuned to our Black Friday 2015 hub for more leaks and news.